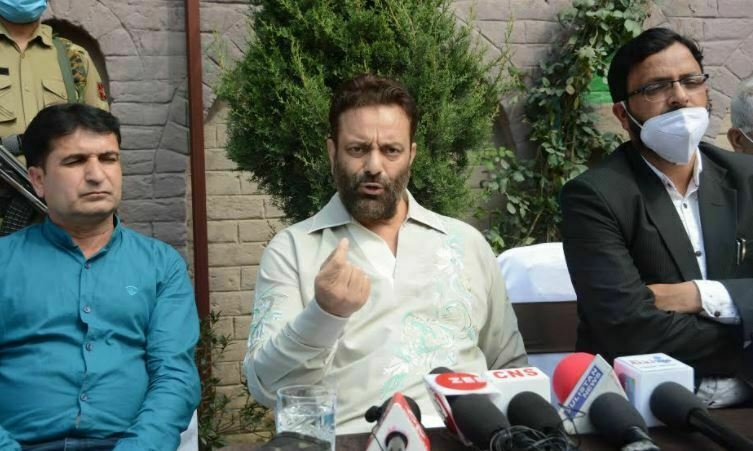 Srinagar: President Jammu and Kashmir Peoples Movement (JKPM) Tuesday expressed displeasure and anguish over the government’s failure to carry out development works within the valley.

“Despite the fact that the government had made promises with the people of Jammu and Kashmir about making Jammu and Kashmir a role model for the whole of India, the fact remains that at the ground level the things have worsened dramatically to a level where people are struggling even for the basic necessities and amenities,” he said

Mir according to a press statement demanded the government to “immediately” address these issues.

He also highlighted the issues and problems being faced by the unemployment youth , contractual, need based, Adhoc, daily wagers in various departments.

“Unemployment and lack of opportunity are pushing our youth towards drug addiction and other evils which if not curbed in time could pose bigger dangers for the society in near future. The government must aid and support horticulture and Horticulture sector.  The KCC Loan waiver should be done immediately and farmers must be compensated for the loss suffered due to harsh weather conditions,” he said.

He urged that the government to come up with a prompt and concrete plan for rehabilitation of ailing trade, tourism, transport and other sectors which suffered immensely post August 2019.

The party also demanded to quicken the pace of macademization of roads across Jammu and Kashmir  and implementation of pending employment package for Migrant Kashmiri Pandits.

Mir said that the health facilities should be upgraded and updated in Jammu and kashmir in the wake of Covid19 pandemic.

KAS results out, check all the details here