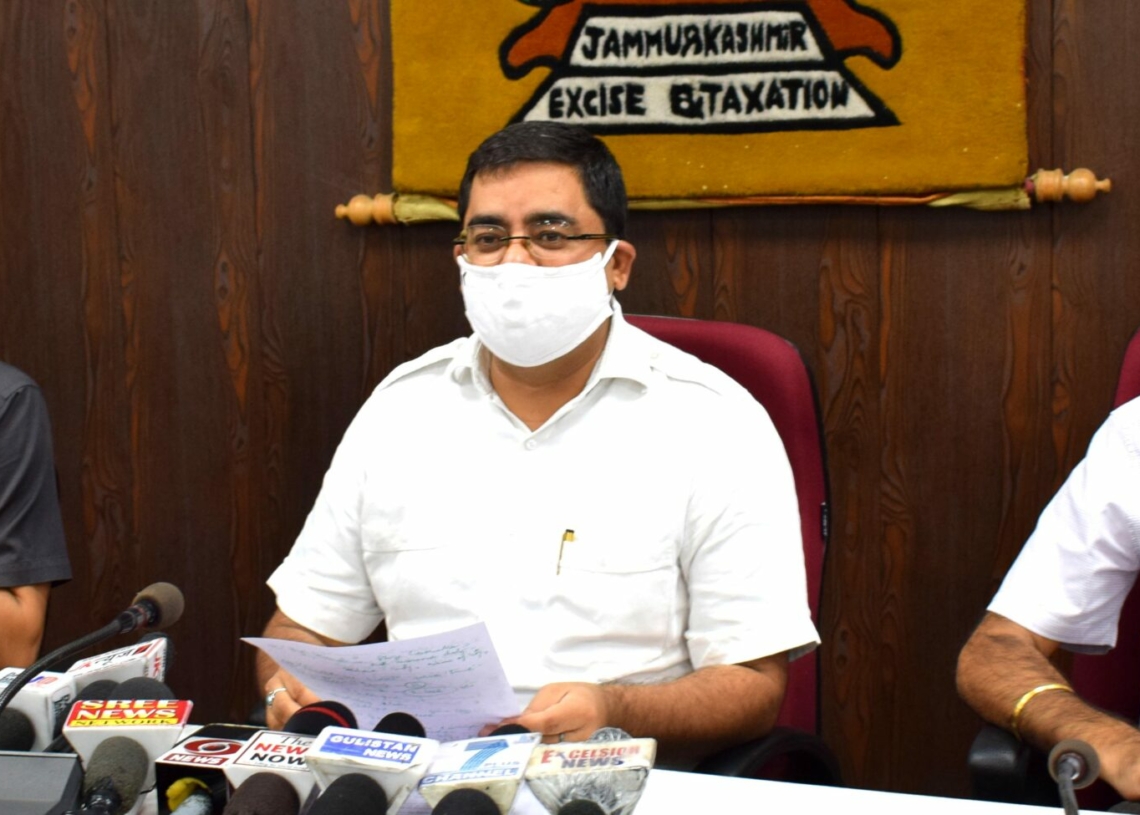 Addressing a press Conference here, the Excise Commissioner said that the Policy is “vibrant and has touched all the important issues in the larger interest of public and Union Territory of J&K.”

In supersession of earlier Excise Policy, the new Excise Policy, as per the government, aims at rationalizing the tax structure to “optimise revenues besides encouraging transition from High to Low Alcoholic drinks.”

Highlighting the salient features, Shavan said the New Policy also aims at providing “choice of brands to consumers and level playing field to those in the trade adding that 50% Additional Excise Retail Duty (ARD) commonly known as ‘Corona Tax’ has been waived off.”

The Policy, he added, provides for grant of new licenses (Wine Shops) in un-served and under-served areas through e-tendering process in a secured and transparent manner.  He said provision for reservation to Ex-servicemen, Specially-abled SC/ST/OBC and Economically Weaker Sections @ 2% each has been made while granting new license fee.

Giving further details, he said that the new Start-ups established by availing loans under any of self-employment scheme of the Government will get concession on up-front fee.  Such startups have to pay Rs. 5 lakh instead of Rs. 7 Lakh, he informed.

“The Bars at the tourist locations and areas falling under various Tourism Development Authorities shall have to pay half of amount prescribed under annual license fee.  For commercial properties meant for tourist accommodation located in the Water-bodies in the tourist areas permits shall be issued for serving liquor by charging Rs. 1 lakh as annual fee” he informed further.

He said that the Banquet/Party halls, who intend to serve liquor shall get registered with the Department by paying Annual Registration Fee of Rs. 50 thousand.

“To curb bootlegging/smuggling of Super Deluxe/Bottled in Origin (BIO) price correction has been made by imposing additional assessment duty @ 20% instead of 40%,” said and added that to increase the quality and to comply with the FSSAI standards of JK Special Whisky shall henceforth be 65° proof instead of 60° proof.

“Scope of Social Responsibility Corpus Fund has been widened by including various activities in order to achieve long term objectives of reducing the consumption of liquor and drug abuse through education/mass awareness and other youth/community out-reach programmes and through creating of sports/community infrastructure, libraries etc” he added.

It is pertinent to mention that the New Policy has authorised the Excise Commissioner to scrutinize all the violations/frauds committed in grant and renewal of licenses in past.  It has further been classified that the validity of renewal of license shall be for one year as per the rules and not for five years as in earlier Policy. A fee of 10-12 rupees has also been imposed to generate revenue and ensure the duty on exports. The concession of 25% to Defence/Paramilitary forces on import and export duty has also been allowed.