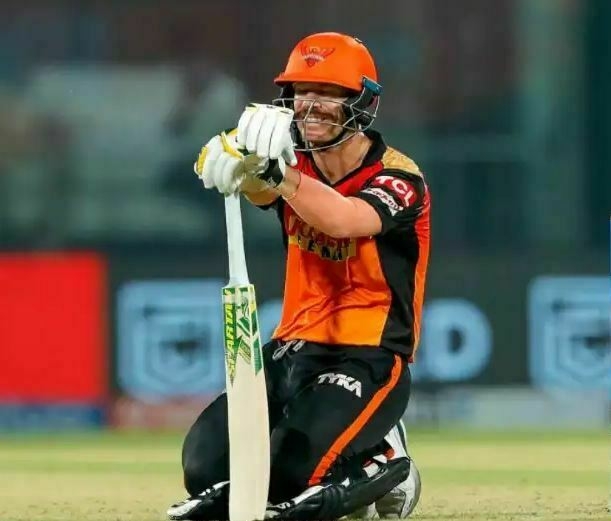 Australia opener David Warner has hinted that he could miss the rest of Sunrisers Hyderabad’s Indian Premier League (IPL) matches after being dropped for the second time this season. Warner watched from his Dubai hotel room as Hyderabad thrashed Rajasthan Royals by seven wickets on Monday.

England’s Jason Roy stepped into his place and hit an impressive 42-ball 60. TV pundits speculated that Warner’s season in the Kane Williamson-led side could be over and Warner, 34, fuelled the talk with his reply to a fan who urged him on Instagram to rest before returning.

“We can’t make the final so we have made a decision that we want the young players to experience not just the matches but time at the ground, around the set-up, and for this match we made the decision,” Bayliss said.

“He was not the only experienced player we left back at the hotel.” Kedar Jadhav and Shahbaz Nadeem also missed the game.

“We have got to sit down in a day or two and pick a team and pick a squad of 18. That’s just the way it is. Dave is obviously watching the game back in the hotel and giving the guys support.”

The Australian left-hander, who made nought and two when his side lost the first two games of the resumed Twenty20 tournament in the United Arab Emirates, lost the captaincy in the first half of the IPL and was also dropped then.

Bayliss said the team are yet to discuss Warner’s future as the auction for the 2022 season will not be held until December.

“Those decisions will be made further down the line,” the coach said.

“He has been a great contributor to Hyderabad for a number of years now. He is very well respected with the amount of runs he has scored. I am sure he has got a lot more runs in him yet in the IPL.”

Warner led Hyderabad to their only IPL title in 2016 and has amassed more than 4,000 runs for the team now bottom of the eight-team table and needing a miracle to make the play-offs.

Roy meanwhile led Hyderabad’s run chase that was completed by Williamson’s unbeaten 51 to give the team only their second win of the season.