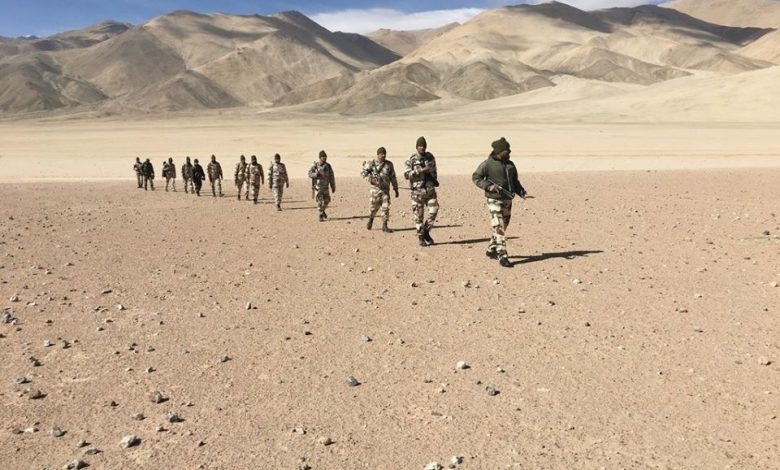 New Delhi: Indian soldiers have set up barbed wire obstacles at points where Chinese troops have come a few metres away from their positions at the Line of Actual Control (LAC) in eastern Ladakh.

India has warned against attempts to enter its territory as Chinese People’s Liberation Army (PLA) troops, armed with medieval-type weapons, have been making multiple attempts to take over Indian-held positions.

Apart from setting obstacles to avoid further escalation at the LAC and dissuade the Chinese side from provocative and aggressive movements, India has also warned it will retaliate if Chinese troops continue to make incursion attempts.

India’s clear message was given when Indian and Chinese military representatives met on Wednesday to amicably de-escalate tension at the LAC in eastern Ladakh, sources said.

The meeting, however, remained “inconclusive” and the talks will continue.

PLA troops had made an attempt to dislodge Indian soldiers from their positions at the LAC on Monday and warning shots were also fired.

Sources also said that India clearly stated during Wednesday’s meeting that if Chinese troops would carry out provocative military movements, Indian soldiers will retaliate. India had found that China started fresh build up at the finger area north of Pangong Tso (lake).

The deployments of PLA troops have increased since Tuesday evening. They are also bringing in more material and logistics items.

The troops from two sides are just a short distance from each other. “They are within clear visible range and Indian troops are keeping a close watch on the activities of the Chinese,” said a government source.

Around 40 to 50 Chinese troops, armed with spears and other sharp-edged weapons, besides guns, had reached a few metres from the Indian Army position at heights north of Rezang La, and seemed to be poised for a fresh attempt to dislodge the Indian soldiers from their position.

This came in wake of the skirmish on the southern bank on September 7 where the Indian Army dominates the key positions.

Indian Army has occupied crucial heights in areas around the southern bank of Pangong lake and the Chinese have made several attempts to take over the Indian positions.

This area has become the new friction point, even as the Indian Army seems to be in an advantageous position, having occupied the heights that allow it to dominate China’s Moldo garrison and the Spangur Gap under Chinese control. Both Indian and China lay claim to some of these heights.

One of the most critical heights the Indian Army is manning is the Rechin La, which the Chinese are protesting against.

From here, the Indian Army enjoys a vantage point not just for Chinese military bases on the southern bank of the Pangong lake but can also be in range of the Finger 4 area on the north of the lake.

India and China are engaged in a four-month-long standoff at the LAC in eastern Ladakh. Despite several levels of dialogue, there has not been any breakthrough and the deadlock continues.