In interview, Dulat talks of his secret meeting with Farooq last month; says Omar will be next CM 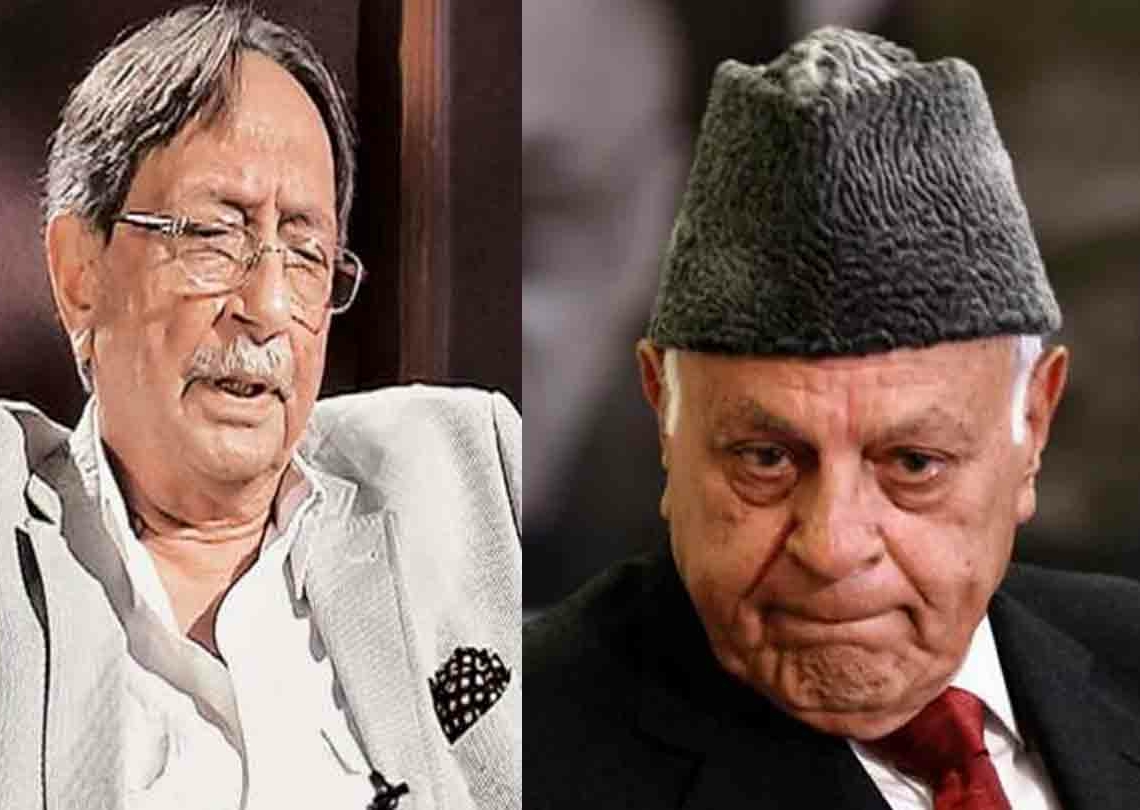 On February 9, he received a phone call from the home ministry saying he was free to go to Kashmir. Dulat says this phone call would only have happened with the knowledge and concurrence of Doval and this means the NSA was fully in the loop

Srinagar: Former R&AW chief A.S. Dulat, in an interview, has revealed his secret meeting with Farooq Abdullah during his detention that may have finally led to the NC’s president’s release from the over 7-month long detention.

Farooq, whose detention in August last year had created ripples in political circles and in the parliament, was released on Friday after authorities revoked his PSA.

In an interview with The Wire, Dulat revealed some interesting details of his “secret contacts” with former Jammu and Kashmir chief minister Farooq Abdullah.

Dulat, in the interview, said he visited Srinagar on February 12 to meet Farooq and that the government had cleared the visit and, additionally, national security adviser Ajit Doval was fully aware of it.

Speaking to Karan Thapar for The Wire, Dulat claimed that Farooq “will respond if the Centre reaches out and that he has always done so.”

Talking about Omar Abdullah, Dulat said the present government was even more comfortable with Omar than with Farooq.

“With great confidence, Dulat said said Omar Abdullah would be the next chief minister of Jammu and Kashmir, i.e. whenever the state elections are held,” The Wire interview read.

Dulat also talked about how his secret visit came to happen and the sort of clearance and support he got from the government in Delhi as well as the Intelligence Bureau in Srinagar.

Farooq was detained the day the Modi government announced the scrapping of Article 370 last August.

Dulat told The Wire that his involvement began when he spoke to Farooq on October 31 to enquire how he was.

“He asked if he could come and meet him and Abdullah said that depends on the authorities,” read The Wire interview.

As per it, Dulat then contacted a former colleague in the IB in Srinagar who said he would need to get clearance from Delhi.

Dulat then contacted sources in the home ministry in Delhi but they did not give him permission to meet Farooq Abdullah.

“However, on February 9, he received a phone call from the home ministry saying he was free to go to Kashmir. Dulat says this phone call would only have happened with the knowledge and concurrence of Doval and this means the NSA was fully in the loop,” the Wire report read.

Although Dulat told The Wire his visit to Srinagar was a “private” one, he revealed that the IB in Srinagar provided transport to take him from Srinagar airport to Abdullah’s residence at Gupkar Road and back to the airport.

“It was a short trip and Dulat was back home in Delhi by 6.30 pm the same day. Shortly after his return, he was rung by the home ministry to find out how the trip had gone,” the report said.

Dulat told The Wire that he spoke to Farooq Abdullah late on the night of March 13, some six hours after the latter’s release, and that Abdullah told him he would probably come to Delhi in 15 days. This means Abdullah is likely to miss the present session of parliament altogether.

On February, Farooq, as per Dulat, had told him how particularly concerned he was about the use of PSA against his son, Omar Abdullah, and PDP leader Mehbooba Mufti.

Dulat said Abdullah could not understand why this was done.

“He says Abdullah also expressed concern about the impact of the reading down of Article 370 and all the subsequent developments in Kashmir on his grandchildren. He said he himself was fully committed to India and had brought up his children in the same way. But now he did not know how to answer questions his grandchildren may ask,” the transcribed interview read.

Dulat told The Wire that Farooq Abdullah looked tired and was certainly not looking his best. He confirmed that he has had cataract operations in both eyes in the last four weeks.

The meeting with Farooq lasted for an hour during which time he also met Abdullah’s wife, Molly, and his daughter, Safia, and had lunch.

Dulat told The Wire he had been informed that 50 foreigners (Pakistanis, Afghans, Arabs, Turks) had crossed the Line of Control from Pakistan three or four months ago and seem to have disappeared.

About the newly formed Jammu and Kashmir Apni Party of Altaf Bukhari, Dulat called it a ‘King’s Party’ and said “it can never replace the emotional hold of the National Conference on the Kashmiri people.”

Finally, Dulat said that if Ajit Doval were to ask for his advice about what next steps the government should take, his answer would be “talk, talk, talk”. Dulat said the government must talk to all mainstream political parties as well as Mirwaiz Umar Farooq. Dulat also said he would tell the government to start talking to Pakistan. (Courtesy: The Wire)