In curbed Kashmir, BJP dances, makes merry over one year of Article 370 abrogation 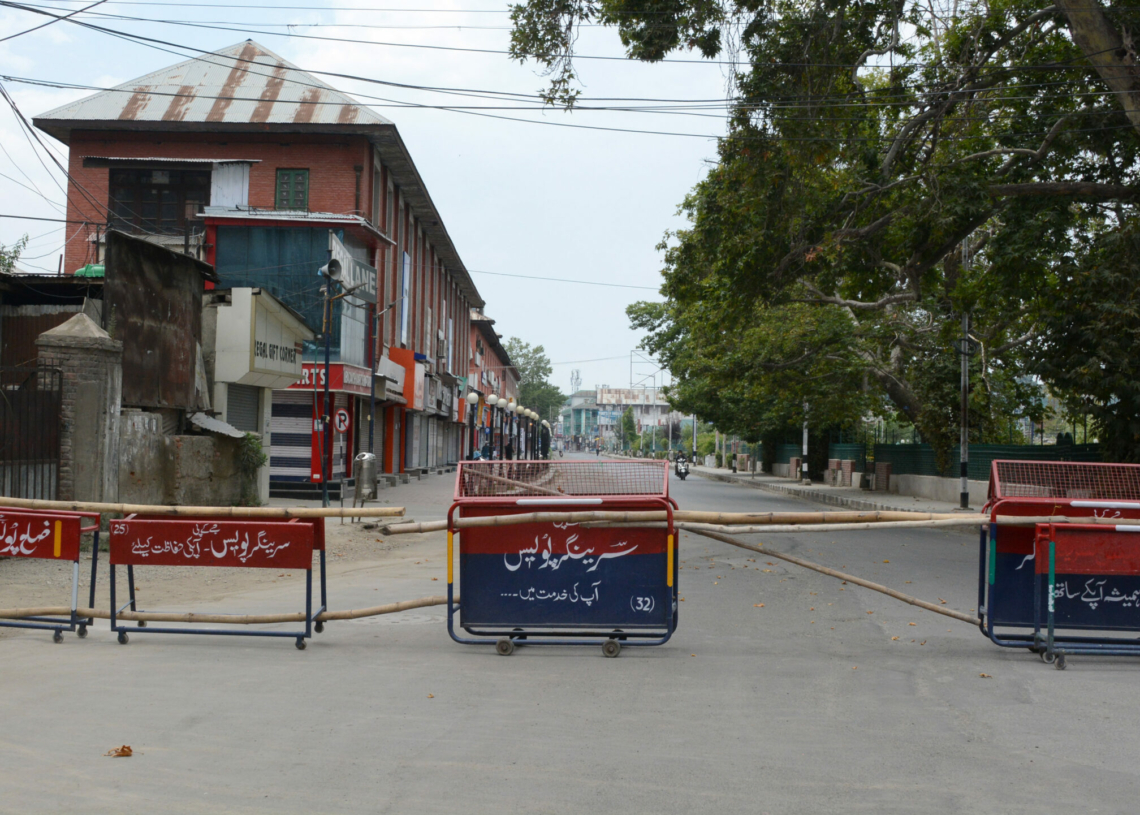 Srinagar: On Wednesday, most roads in Srinagar were deserted except at checkpoints that have come up in the last one year.

Barbed wires, barricades, and bamboo sticks shut roads as police and paramilitary troopers deployed in large numbers ensured the situation remained ‘peaceful’ on the day marking one year of the abrogation of Article 370 and division of the erstwhile state of Jammu and Kashmir into two union territories.

There were even stricter restrictions going towards Gupkar where the crossed and crossed out politicians of Kashmir live in their bungalows as the authorities made sure any plans of them meeting each other were foiled.

Police and CRPF personnel were deployed in good numbers to enforce curbs in Srinagar during the day even as the district administration had ordered lifting of curfew imposed in the city a day earlier.

The air was all gloomy in Srinagar except in a small government building in uptown Jawahar Nagar , which houses the BJP’s party office in the summer capital.

Sweets were distributed as party members gave it each other bear hugs and raised in their hands the tri-colour while shouting slogans in support of India and BJP.

Seeing the pictures of them coming together and celebrating the occasion riled former J&K chief minister Omar Abdullah, who tweeted: “BJP displaying its hypocrisy. They can gather & celebrate. The rest of us can’t even meet to discuss what’s happening in J&K.”

Far away from the BJP’s Jawahar Nagar office, in Bandipora to the north of Kashmir, the party members took the celebrations to another level by dancing on Haryanvi number ‘teri aankhya ka yo kajal’.

A video of the BJP’s district present Abdul Rehman Thekri, and BJP Mahila Morcha district president, Naheed Kamar breaking a leg on the song with a third party member too joining in, went viral on social media in Kashmir.

Towards the south of Kashmir, BJP leader Rumaisa Rafiq raised the tri-colour in Lal Chowk, Anantnag early in the day.

She followed up with praise for PM Narendra Modi, Home Minister Amit Shah, and how Article 370 abrogation had “helped people.”

It seemed she had crammed the message as suggested her delivery of it.