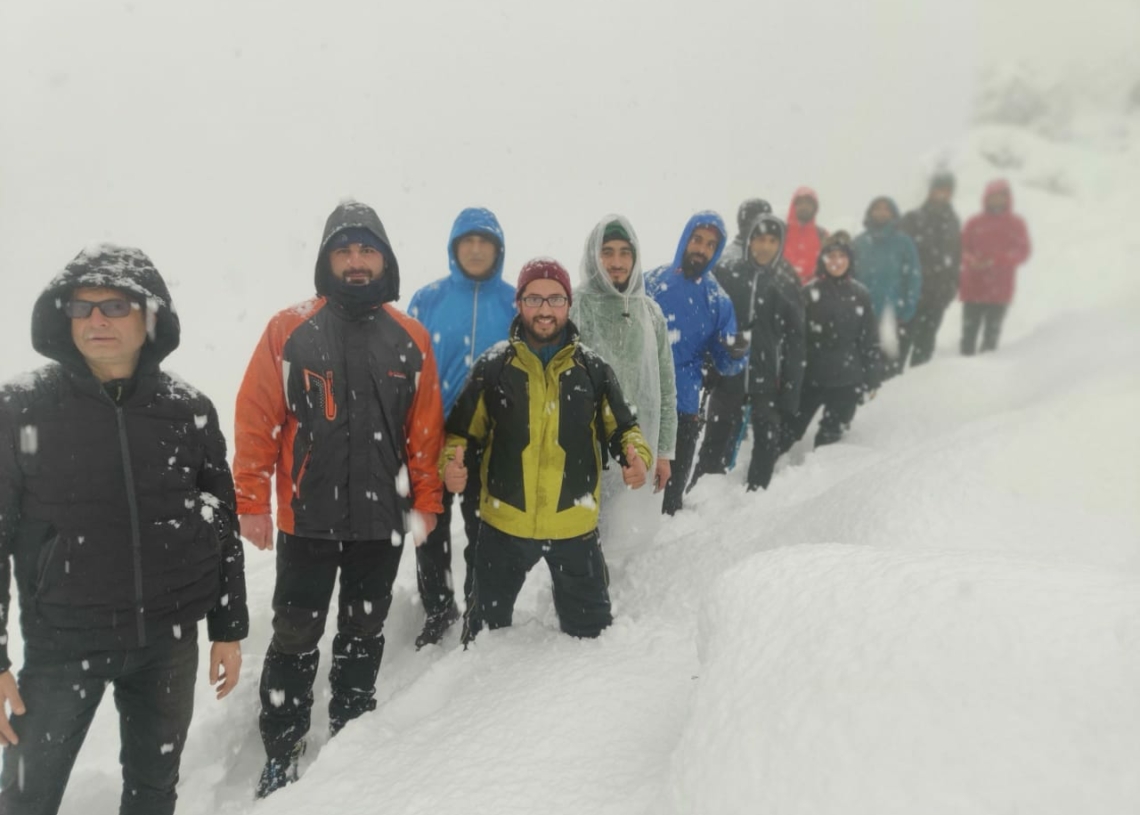 Srinagar: From a swim in snow-cold Nigeen Lake to a trek on the Shankaracharya Hill in two feet snow, the adventure lovers in Kashmir broke several ‘stereotypes’ amid heavy snowfall in the Valley.

Both the activities besides skiing on the Foreshore Road along the Dal Lake were held under the aegis of the J&K Mountaineering and Hiking Club (JKMHC).

“The JKMHC members held three events – trekking on the Shankaracharya Hill in two feet snow, skiing on the Foreshore Road and swimming in the Nigeen Lake. The club held these events with an aim to breaking stereotypes related to snow. Earlier, people were scared to venture out in snow, but now it is altogether a different thing,” JKMHC vice-president Moazum Bakshi told The Kashmir Monitor.

Bakshi, who led the trekking event to Shankaracharya Hill, said the response was overwhelming.

“The JKHMC trekking events usually see a huge participation of people in dry weather conditions. However, when we decided to hold this event in two-foot snow, the response was overwhelming. We want to give a message that one can enjoy a whole lot of adventure activities even in snow,” said Bakshi.

Taous Baba, who along with two other youth took an ice bath in Nigeen Lake, said they had done this activity before as well. The video of the trio taking an ice-bath also went viral on social media.

“It is common to find people doing ice-baths in winters outside….it is considered good for health. We have even done an ice bath in freezing Chaddar tributary in Zanskar where the temperature plummets to minus 30 degrees Celsius,” Baba told The Kashmir Monitor.

Baba took the dip with two other JKHMC members Zeeshan and Junaid.