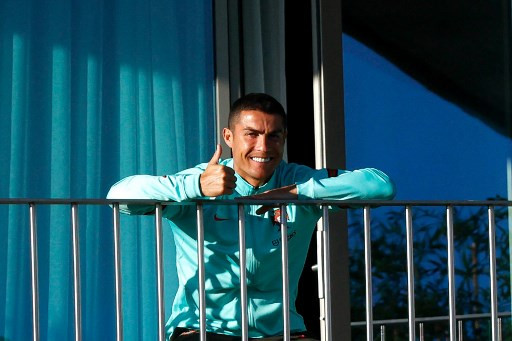 London : Cristiano Ronaldo has hit back at suggestions he broke coronavirus restrictions by returning to Italy after testing positive while away with the Portugal squad.
The 35-year-old had a positive test result prior to Wednesday’s 3-0 Nations League victory over Sweden and chose to return to Turin.
The Juventus star had joined up with Portugal for their October fixtures after the Serie A champions had created a ‘bubble’ at the team hotel, with two members of staff having tested positive for coronavirus.
According to reports from Italy, Ronaldo returned two negative Covid-19 tests but needed one more before being officially granted permission to leave fiduciary isolation and travel to his homeland.
Juve confirmed Ronaldo had returned to Turin on a medical flight authorised by the competent health authorities, but Italy’s minister for sport, Vincenzo Spadafora, told Rai Radio 1 there was a chance the trip had breached regulations if there had been no specific permission granted by health authorities.
However, speaking on Friday, the former Real Madrid and Manchester United forward insisted he has been abiding by the rules throughout.
“I did not break any protocol,” he said on Instagram
“They’re saying that I broke Italian laws but it’s all a lie. I spoke with my team and we have the responsibility to do things right.
“Everything was done with authorisation. Principally for the Italian man whose name I’m not going to say, it’s a lie, I abided by all the protocols.”
He added: “I’m on one floor and my children are on another. For the next ten days it’s going to be like that.
“It’s difficult not to be in contact with them, but we have to respect the rules.”
The Juventus star went on to add that he has been spending some time alone in the sun since testing positive, which he says is something that he’s found helpful throughout his career.
“The sun helps a lot. People don’t have that perception, but it does a lot of good,” he said.
“When I get the chance, I do some sunbathing. In Turin, it is more difficult, but I always try to get 20 or 30 minutes of sunshine.
“I love being on my terrace soaking up the sun, it’s very important. Having high vitamin C and D, with high levels, Selenium, Omega 3, eating well and properly, doing sport.