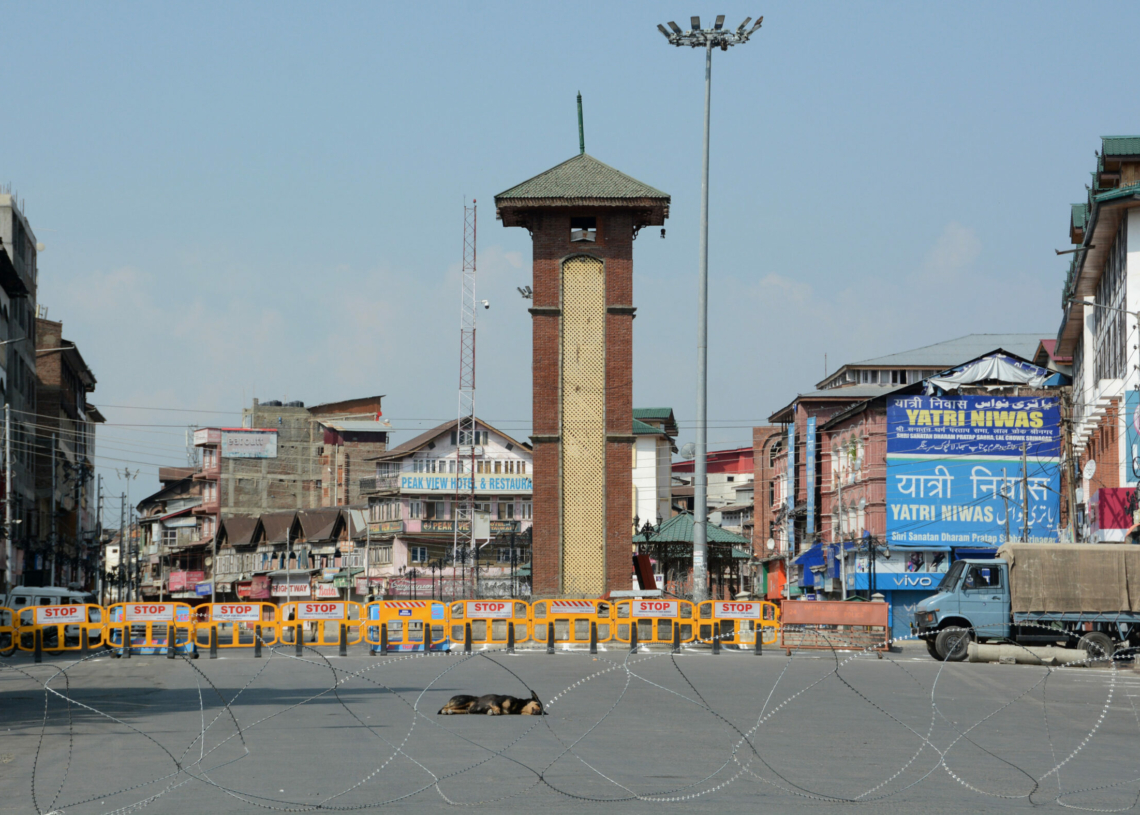 In Srinagar, roads leading to key areas were barricaded with posse of police and paramilitary keeping vigil on several checkpoints across the city.

This I-day, authorities had installed huge projector screens at some locations of the city to live telecast PM Narendra Modi’s Independence Day speech.

The city-centre, Lal Chowk remained out of bounds for people.

This didn’t stop BJP leaders from sharing a doctored photo of the famous clock tower which showed the tri-colour flapping on top of it.

BJP MP from Ladakh, Jamyang Tsering Namgyal shared an image on Friday evening that showed the tricolour hoisted on top of the clock tower in Lal Chowk.

He tweeted: “What has changed since #5Aug2019? Lal Chowk #Srinagar which had remained as symbol of #AntiIndia campaign by dynast politicians & #Jihadist forces, has now become Crown of Nationalism. #modihaitomumkinhai Thanks my countrymen for electing @narendramodi @AmitShah  #ModiSarkar.”

The picture shared by the BJP MP, however, is fake.

The picture shared by the BJP MP and the other party leader, however, is fake.

The original image was uploaded in August 2010 by freelance journalist Mubasshir Mushtaq in his story titled ‘Paradise Lost?’

Besides, the buildings in the photo have changed long ago.

Not just Lal chowk, most parts of Kashmir were more deserted and forlorn than normal with hardly any civilian movement on the roads.

Authorities had suspended the 2G mobile internet service across Kashmir on Saturday morning as I-day functions were held in district headquarters in the valley.

Kashmiris woke up to see the service barred even as mobile telephony was working. The service was eventually restored by noon.

The main I-day function was held at SK Stadium in Srinagar where Lieutenant Governor Manoj Sinha hoisted the tri-colour.

Similar functions were held across other districts.

Authorities had issued an order making the presence of civil servants above the rank of an under-secretary compulsory at the official I-Day functions in the union territory.

There was strict vigil on roads leading to the Stadium even as police and paramilitary personnel placed barricades at key locations.

The deployments were further beefed up following the killing of two local policemen in a militant attack in Srinagar’s Nowgam on Friday.

The two cops were part of a deployment party on the Srinagar-Baramulla national highway in Nowgam area of Srinagar district. Another policeman was also injured in this hit and run strike.