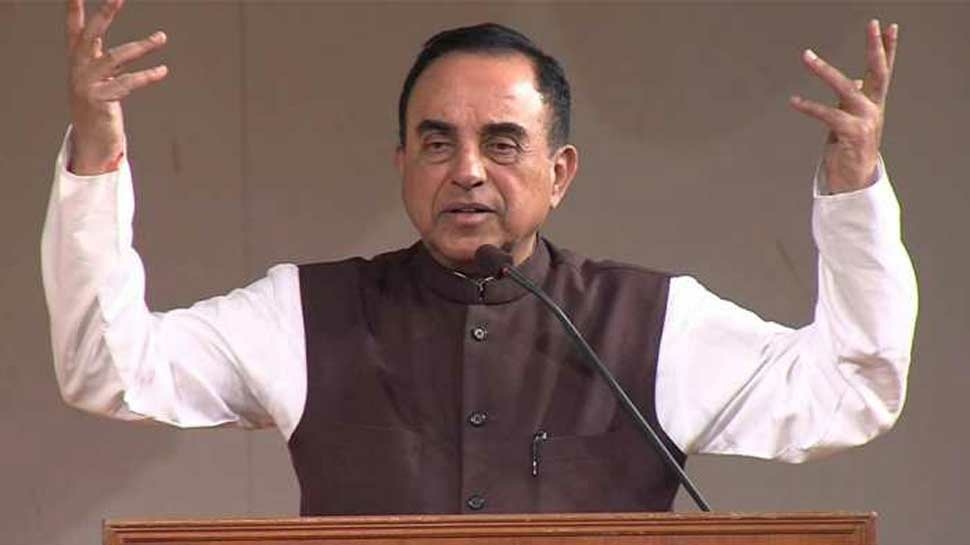 New Delhi: Ahead of Supreme Court’s hearing on homosexuality, senior Bharatiya Janata Party (BJP) leader Subramanian Swamy on Tuesday said that homosexuality is ‘not normal’ and it is ‘against Hindutva’. The country should invest in medical researches to ensure if it can be cured, the BJP MP added.
“It is not a normal thing. We cannot celebrate it. It’s against Hindutva. We should invest in medical research to see if it can be cured. Government should consider having a 7 or 9 judge bench,” Subramanian Swamy told news agency ANI.
The top court is all set to commence the crucial hearing on a clutch of pleas challenging Section 377 of the Indian Penal Court (IPC) which re-criminalisation of consensual gay sex between two adults, rejecting the Centre’s plea seeking postponement of the proceedings.
A newly re-constituted five-judge constitution bench has been posted for hearing the petitions challenging section 377 of the IPC, which criminalises unnatural sex between two consenting adults.
The new five-judge bench will be headed by Chief Justice Dipak Misra and comprise Justices R F Nariman, A M Khanwilkar, D Y Chandrachud and Indu Malhotra.
Section 377 refers to ‘unnatural offences’ and says whoever voluntarily has carnal intercourse against the order of nature with any man, woman or animal, shall be punished with imprisonment for life, or with imprisonment of either description for a term which may extend to 10 years, and shall also be liable to pay a fine.
The apex court had in 2013 had restored the criminality of the sexual relationship between persons of the same sex, after the Delhi High Court’ had decriminalised it in 2009.