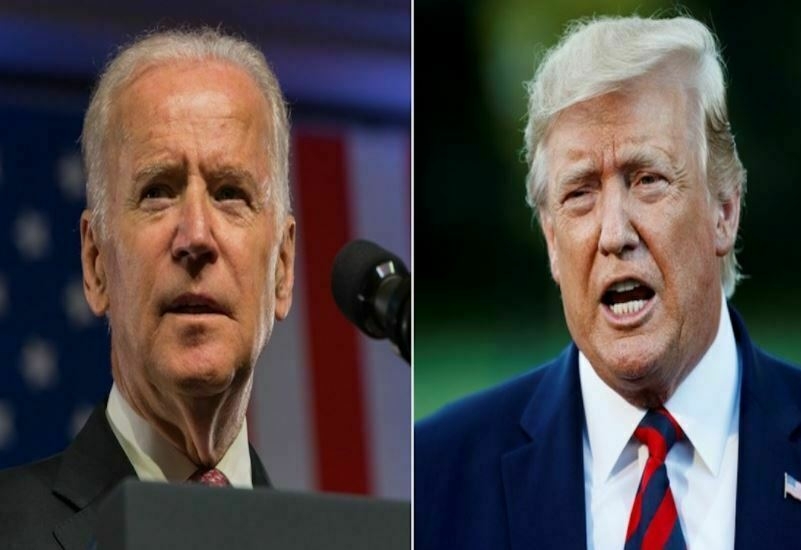 Calling Donald Trump a “liar” and a man who “doesn’t know what he’s talking about”, Democratic presidential nominee Joe Biden ripped into US president Trump’s response to the coronavirus pandemic which has killed more than 200,000 Americans, plunged the economy and upended life across the country.

President Trump and Biden waded into their first debate Tuesday night in Cleveland, Ohio with exactly 35 days until the 2020 US election.

In the 90 minute long schedule, Trump’s response to the Covid-19 pandemic is expected to remain front and center in this first 2020 presidential debate. The debate began with the hot button issue of Trump’s recent Supreme Court pick.

Trump picked Amy Coney Barrett days after the death of Justice Ruth Bader Ginsburg, sparking fears among Democrats that Trump is pushing through his agenda to move the country’s highest court to a 6-3 conservative majority.

“And we just, we won the election and therefore we have the right to choose her and very few people knowingly would say otherwise,” Trump said on his choice of Barrett.

“Everything he says here is a lie,” Biden snapped. “The wrong guy at the wrong time.”

“This man doesn’t know what he’s talking about,” Biden said in response to many of Trump’s claims.

Biden also mocked Trump for his controversial remarks on using bleach as a possible remedy for the coronavirus.

For Trump, this pivotal moment in his re-election campaign comes days after a New York Times investigation revealed shocking details on Trump’s taxes. Trump, the Times said, paid just $750 in federal income taxes the year he ran for president and in his first year in the White House. Trump paid no federal income taxes in 10 of the past 15 years.

Recent polling shows Trump’s support among key voter groups has slipped since 2016. Biden stepped onto the stage holding leading in head to head national polls and by razor thin margins in some battlegrounds.

In the crucial battlegrounds of Iowa, Ohio, Pennsylvania, Wisconsin and Michigan where Trump was leading at this time in 2016, he is now trailing Biden. A RealClearPolitics poll of polls average puts Biden at about 6 points ahead of Trump nationally.

Trump spent a good part of the day in debate prep, with many of his close aides in tow. Former New York City Mayor Rudy Giuliani, son-in-law Jared Kushner and former White House counsellor Kellyanne Conway were in the mix.

Former Secretary of State Hillary Clinton said on network television that she is watching the debate with “great interest”.

She had a piece of pre-debate advice for Biden. “Don’t get pulled into all the craziness”, she said and said Biden must just tell his story to the American people.

Fox News anchor Chris Wallace is moderating the showdown and has broken up the debate into six parts: the coronavirus pandemic, the Supreme Court, Trump’s and Biden’s records, the economy, the integrity of the election and “race and violence in our cities.”

Trump has been drumming up the notion that he is preparing an “all-out” assault on Biden. Trump will try, as he has done before, to paint Biden’s four decades in Washington as proof that he is incapable of closure and that his son Hunter Biden benefited from corruption.

Two more debates are coming up next month, on October 15 at Miami, Florida and October 22, at Nashville, Tennessee.