Gupkar signatories dancing to the tune of Pakistan and China: BJP 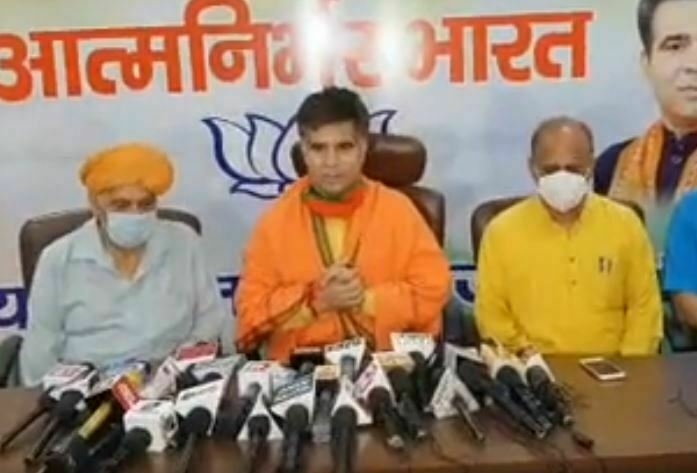 Srinagar: Apparently unnerved by the coming together of six mainstream political parties under the banner of ‘Peoples Alliance for Gupkar Declaration’, the Bharatiya Janata Party (BJP) on Friday alleged that the Valley based leaders were ‘dancing to the tune’ of Pakistan and China.

“In Kashmir valley, once again a conspiracy has started under the shadow of Gupkar declaration. Abdullah and Mufti families have made an alliance and Jammu has got nothing to do with it…they are puppet leaders that dance to the tune of Pakistan and China. People know how they deceived them when they were in power. They are out of power now and are struggling like fish without water,” BJP UT president Ravinder Raina told reporters after the party meeting held in Jammu.

The comments were made a day after six parties including the National Conference (NC) and Peoples Democratic Party (PDP) announced to come together under a joint banner and fight for rollback of centre’s decision to abrogate Article 370 on August 5 last year.

However, Raina ruled out chances of rollback of the centre’s decision.

“Gupkar is the agenda of anti-national forces to mislead the people of Kashmir. The Article 370 cannot come back till the morning of the Day of Judgement. Article 370 had done injustice to the entire sections of J&K. After its abrogation, people are in a state of bliss. There have been no stone-pelting incidents or agitations in the towns or villages (of Valley). But, after the release of these leaders, they have started conspiring. We will not allow the designs of these conspirators to be successful. No nationalist force will tolerate them,” he said.

Raina said they had taken a vow that they will not allow the Gupkar signatories to become successful in their designs.

“We have taken a vow during this meeting that was also attended by representatives of social and religious bodies that we will not allow them to deteriorate the law and order situation and implement the separatist agenda of Pakistan and China,” he said.