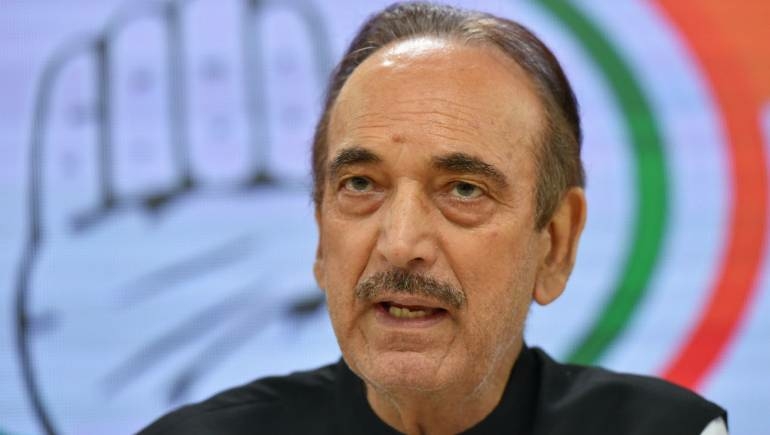 Thiruvananthapuram: Speculation is rife that Ghulam Nabi Azad — the current Leader of Opposition in the Rajya Sabha — whose tenure in the Upper House ends soon, might contest from Kerala when three members from the state retire in April this year.

Of the three outgoing members, one is veteran Congress leader Vayalar Ravi and the other is Abdul Wahab, who represents the Indian Union Muslim League — the second biggest ally in the opposition UDF. The third member to retire is young CPI(M) leader K.K. Ragesh.

The ruling Left Front government in Kerala will be able to send two nominees to the Upper House and the Congress will get the other seat.

But the last word in the Congress party is its High Command and last year, Congress leader from Kerala K.C. Venugopal was brought into the Upper House from Rajasthan and hence it wouldn’t be a surprise, if Azad gets in from Kerala.

However, the Congress leaders in Kerala are tight-lipped and appear not too pleased with the news. None of them wants to displease the High Command at this juncture, which can possibly play spoilsport to their chances of securing an Assembly seat.

Kerala is all set to go for Assembly elections in April/May. The Congress expects that with Azad being a Muslim, it could well prove to be a plus point with the community, which in Kerala has a share of 22 per cent in the population and is presently the second biggest community after the Hindus. Christians account for around 19 per cent.

TikTok takes on Facebook with US e-commerce push: Report