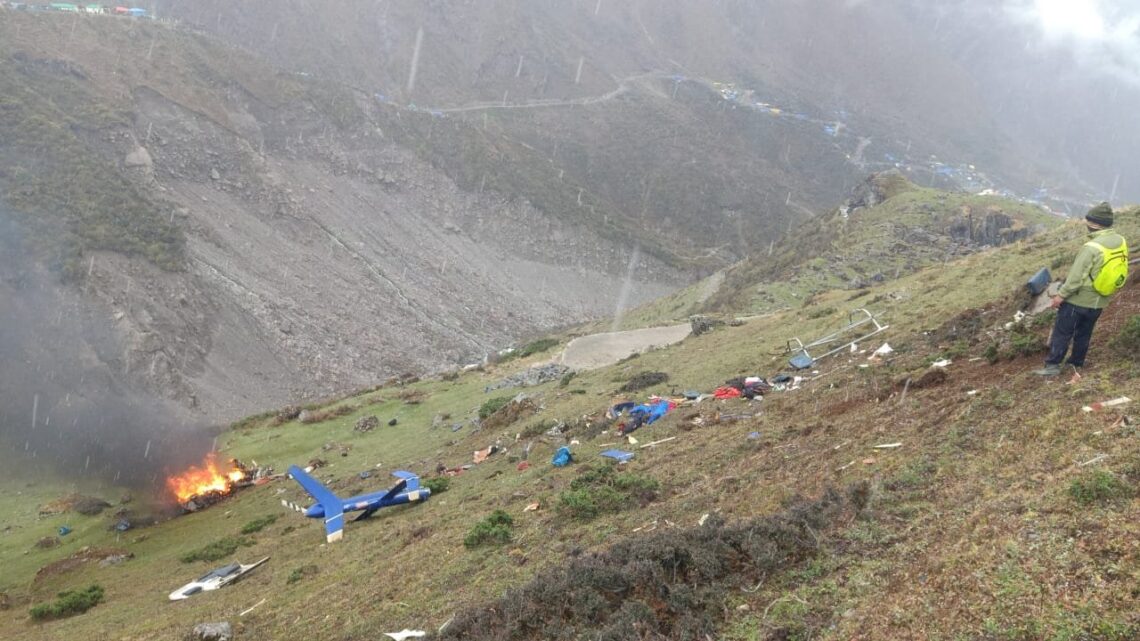 Kedarnath, Oct 18:  Six people, including two pilots, were killed after a helicopter carrying the pilgrims crashed near Kedarnath in Uttarakhand today, officials have said.

The helicopter crashed near Garu Chatti, they said, adding that six bodies have been recovered so far and a rescue operation is underway.

The helicopter caught fire briefly after taking off from Kedarnath.