Foods you should avoid to stop stomach bloating 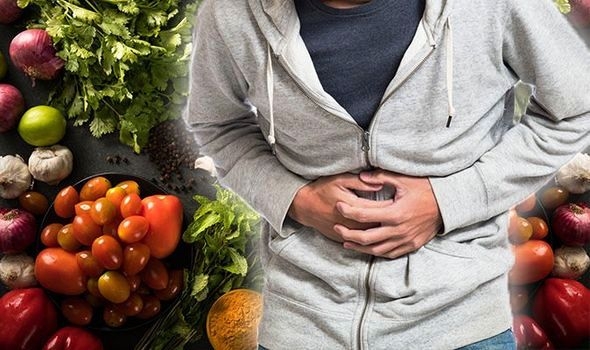 Stomach bloating could be caused by eating certain foods, or by eating too much in one meal. But you could lower your risk of trapped wind pain and tummy ache by avoiding these four foods, it’s been claimed — and it could even help you to lose weight ‘without even trying’.

Stomach bloating is very common and affects most people at some point in their lifetime, said the UK National Health Services (NHS), ,express.co.uk wrote.

It could be caused by eating too much in one sitting, swallowing too much air, or even by standing up while eating. You’re most likely to feel bloated after a particularly big meal, or after a weekend that includes lots of eating. But you could lower your risk of trapped wind and tummy aches by avoiding four specific foods, it’s been claimed.

Some people may be at risk of stomach bloating if they regularly eat egg white, wheat, hemp and cows’ milk, it’s been revealed.

Caroline Strawson, 45, made her nightmarish bloating disappear after cutting them out from her diet, she said.

A food intolerance test revealed she had bad gut reactions to the foods, and even lost weight ‘without even trying’, after cutting them out from her diet.

The test, from York Test Laboratories, revealed she was hypersensitive to the foods, as well as açai berries, beetroot, pear, and even yeast.

“I had bad bloating and fatigue for a number of years but never really stopped to consider what was behind it,” said Strawson.

“Some days I literally did not want to get out of bed. I kept putting it down to stress or not eating properly, but over time the symptoms grew worse.

“In the end, it turns out I was going to supermarkets and buying products that were harmful to my body.

“People can show a lot of symptoms when it comes to food intolerance but too few act on that.

“When I changed my diet my skin started to clear, my bloating went down and my energy levels increased. I also lost weight, which wasn’t something I had felt I needed to or intended. I lost a stone within first six weeks without really trying to actually lose weight.

“Now I feel very empowered knowing my intolerances. I feel in control of my own health with the knowledge to make wise food choices to live a healthier way.”

But you should speak to a doctor before doing a food intolerance test if you’re experiencing persistent bloating symptoms, York Test said.

You could be at risk of swallowing air if you often eat with your mouth full of food, which in turn, leads to bloating.

You could also be swallowing too much air by chewing gum, or by drinking through a straw.

You should speak to a doctor if your bloating symptoms don’t go away, or if they get progressively worse, said the NHS.

It could be caused by something more serious, including bowel or ovarian cancer.