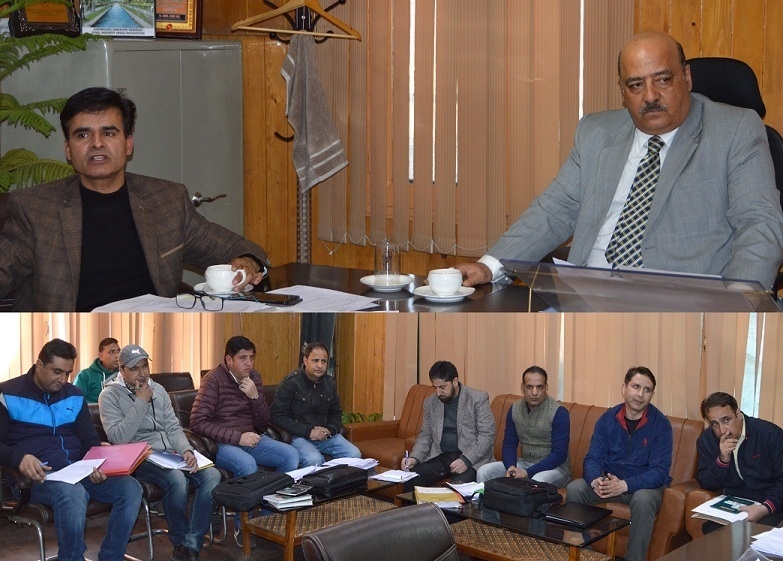 The information was provided to the Secretary Floriculture, Sheikh Fayaz Ahmad during a meeting held to review the preparations for opening of Tulip Garden in the summer capital.

The meeting was also attended by Director Floriculture Kashmir Farooq Ahmed Rather.

Highlighting the importance of the Tulip Garden in the tourism map of J&K, Secretary Floriculture asked the concerned to add more varieties for attraction of tourists. He said one lakh more tulip bulbs in Tulip garden have been planted this year. It was said that last year 1.2 million bulbs were planted and this year 13 lakhs were planted in the Tulip garden adding four more varieties.

He also asked the officials to maintain a feedback register for tourists and incorporate the suggestions in next tulip season.

The meeting also decided to plant coniferous plants around the Tulip Garden.

Director Floriculture informed the meeting that the sprouting of bulbs is in progress and are expected to bloom at the scheduled time of Tulip festival.

During the meeting, the Secretary also reviewed the preparations for observing Chinar Day which falls on 15th March.

The Secretary impressed upon the officers to distribute and plant 10,000 Chinar saplings on the Day across Kashmir.

Director Floriculture informed the meeting that he is hopeful that sustained efforts of the department to revive Chinar tree population will be realized in coming years.

Secretary Floriculture also reviewed the progress of schemes under ATMA, MIDH, RKVY and other government projects going on in different areas of Kashmir.

Stating that there are 7000 registered commercial flower growers in Kashmir, Secretary Floriculture directed the officers to facilitate these growers with every possible help from department so that more and more young farmers can adopt flower growing as a business model.

He also called for inculcating the practice of cleanliness and sanitation as a norm in every garden and park, making them more floriferous, aesthetic and ravishing throughout the year.