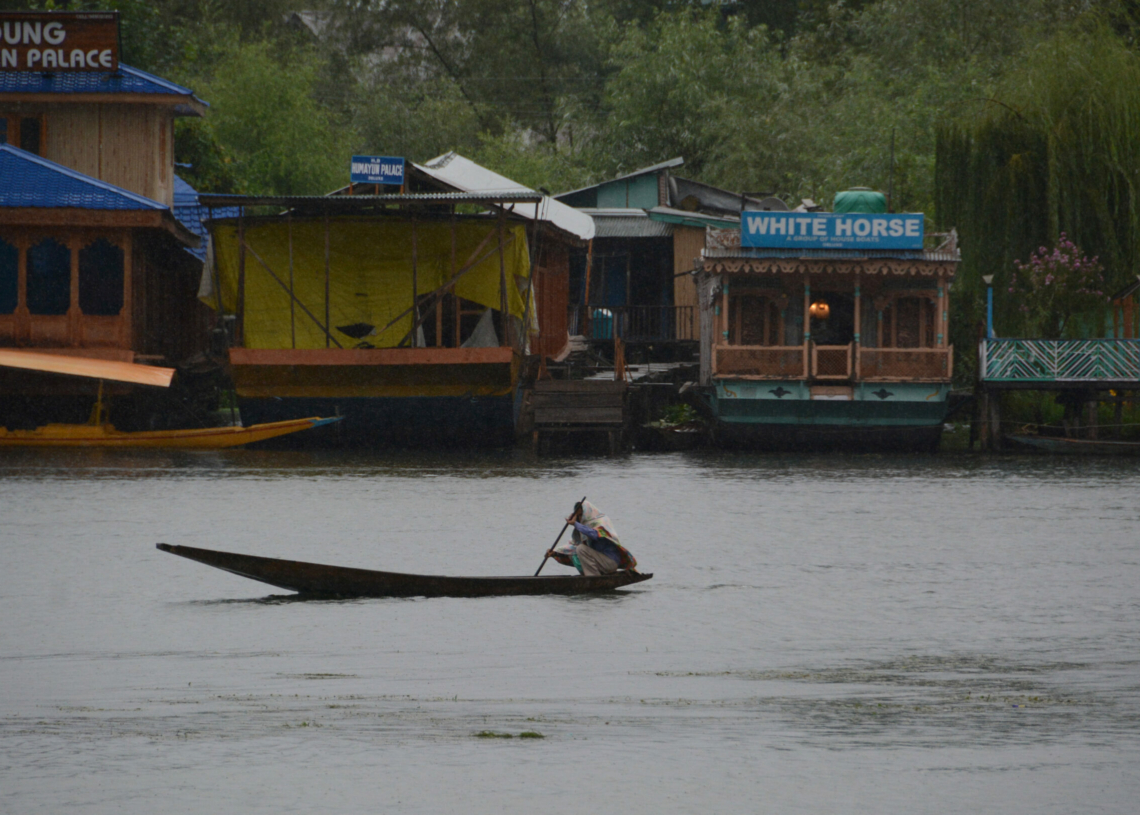 Srinagar:   Jhelum on Friday was flowing close to the danger mark even as the authorities asserted that there was no immediate threat of floods in the Kashmir valley.

Srinagar-Jammu highway remained closed for the fourth consecutive day as landslides and shooting stones occurred at a number of places along the 300 kilometer route.

After two days of wet weather, rains receded across the valley on Friday.  Day temperature increased by five notches and MeT forecasted improvement in the weather in the next 24 hours across the valley.

However, Jammu continues to remain on edge as rivers were overflowing rivers. Jammu recorded 60.1mm rainfall, while Katra received 63.4mm of rains.

Landslides and shooting stones occurred at different places along the Srinagar-Jammu highway on the third consecutive day on Friday Hundreds of trucks and oil tankers are stranded on the highway.

An official at Traffic Control Room Srinagar told The Kashmir Monitor that landslides and shooting stones were reported at five to six spots along the highway.

“It is mainly happening in the Ramban area. The route is clear from our side and we hope if the weather improved, then traffic shall be allowed by tomorrow evening,” he said.

Irrigation and Flood Control Department on Friday sounded an alert after water level increased at Ram Munshi Bagh gauge due to the heavy discharge from tributaries in south Kashmir.

“The water level in Jhelum is receding as the weather has improved. It shall further recede if it doesn’t rain further. Our men are on the job,” he said.

Authorities have sounded alert on the third consecutive day in Pir Panjal region where the heavy rainfall has caused damage to the houses and maize crop.

Around half a dozen structures collapsed amid heavy rainfall last night in Chajjla village area of Mankote tehsil of Poonch district.

People in Rajouri and Poonch districts have been advised not to go near the water bodies.  In Jammu, the water level in Tawi is still flowing close to the danger mark.