Five players from Jammu set to feature in IPL 2023 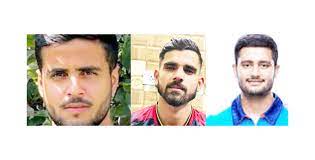 SRINAGAR: Five players from Jammu division are set to feature in IPL 2023 but not a single cricketer from Kashmir could get through during the auction.

As many as 21 cricketers from Jammu & Kashmir were included in the Indian Premier League 2023 Player Auction but all players from the Kashmir division went unsold in the auction.

J&K had the highest representation in IPL 2023 auction, as 21 players were selected to undergo the hammer.

The biggest surprise in the pick up is 24-year-old fast bowler Singh Avinash from Jammu. He hasn’t played any level of domestic cricket but it is being said that he impressed the RCB franchise with raw pace during trials in Jammu.

Yudvir Singh Charak whose ancestors are from Rajouri and now living in Roop Nagar Jammu from last five decades was bought by the Lucknow Supergiants in the players’ auction for a price of INR 20 lakh.

He has played at various levels including Mushtaq Ali, Ranji Trophy and others from Hyderabad side.