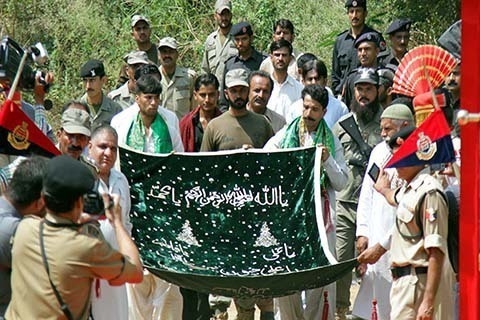 Jammu, Jun 22: The annual Baba Chamliyal Mela in Ramgarh sector of the International Border in Jammu and Kashmir’s Samba district has been cancelled due to security reasons for the first time since 1947, BSF officials said on Friday.

“How can the Urs be held when we are mourning the death of four of our bravehearts killed by Pakistan in Ramgarh sector”, Border Security Force (BSF) officials said.

The Urs of Sufi saint Baba Chamliyal is celebrated every year in the last week of June with devotees from both sides of the border lining up to have a glimpse of the shrine.

Four BSF troopers, including an Assistant Commandant, were killed in cross-border shelling in Ramgarh sector on June 13.

The BSF normally makes all the arrangements for the annual festival at Baba Chamliyal Shrine.

Thousands of devotees visit the shrine, including a team of Pakistan Rangers, who come to offer a devotional ‘Chaddar’.

The BSF hosts the Pakistan Rangers with ‘Sharbat’ and the visitors take some soil from the shrine, which is believed to have healing powers.

Scores of devotees line up on the Pakistan side of the IB during the festival to have a glimpse of the shrine that is revered equally by Muslims and Hindus.