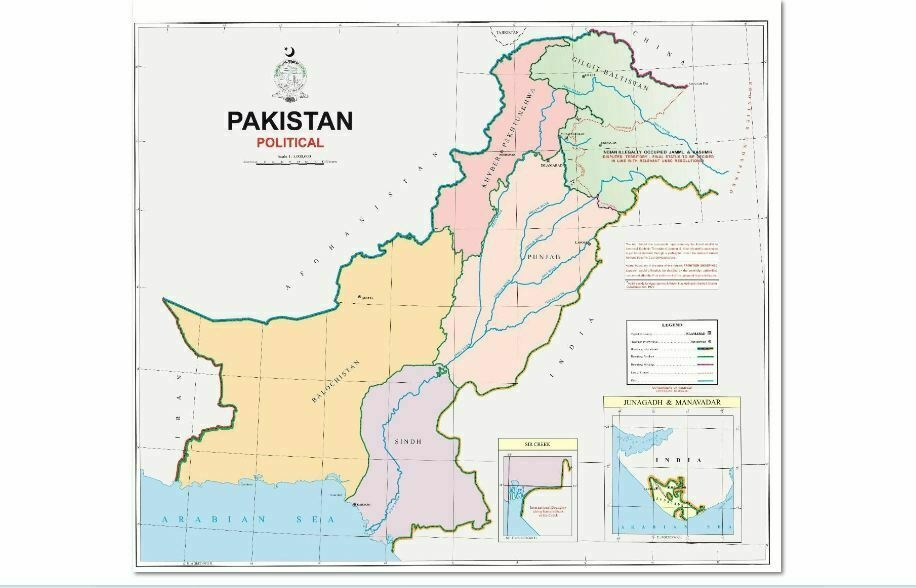 New Delhi: India on Tuesday slammed Pakistan, saying it is obsessed with territorial aggrandisement after the Imran Khan government issued a new political map which includes parts of Gujarat and the Union Territories of Ladakh and Jammu and Kashmir.

Pakistan released its official “political map” which includes the erstwhile princely states of Junagadh and Jammu & Kashmir, which acceded to India in 1947 when the India subcontinent was Partitioned. However, Islamabad left the map open-ended in the UT of Ladakh, a part of which is under the Chinese occupation and where China has been locked in a faceoff with India along the Line of Actual Control (LAC).

The move comes a day ahead of the first anniversary of the reorganisation of the erstwhile Jammu and Kashmir state, which resulted in the nullification of its special status and creation of two UTs — Ladakh and Jammu and Kashmir — last year.

Reacting sharply to Islamabad’s offensive, the Ministry of External Affairs in New Delhi in a statement rubbished it is as a “so-called political map” of Pakistan released by Prime Minister Imran Khan.

Describing it as “an exercise in political absurdity”, the government said that Pakistan was laying untenable claims to territories in the Indian state of Gujarat and the Indian Union Territories of Jammu and Kashmir and Ladakh.

“These ridiculous assertions have neither legal validity nor international credibility. In fact, this new effort only confirms the reality of Pakistan’s obsession with territorial aggrandisement supported by cross-border terrorism,” the government said.

Pakistan Prime Minister Imran Khan while releasing the new political map said that it is “the most historic day in Pakistan’s history”. He said the map represented the aspirations of the entire nation and all the political parties in Pakistan.

The Imran Khan-led government has called for observing August 5 as ‘Yaum-i-Istehsal’ (day of exploitation) in Pakistan.