Check out: India’s sky-blue jersey likely to be back for T20 World Cup 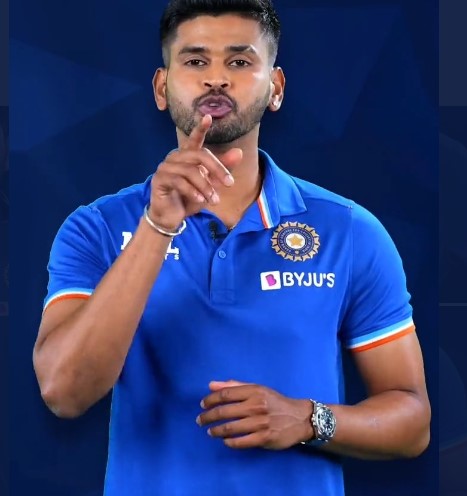 MPL Sports, India’s official kit partners, announced on Tuesday that they will launch a new jersey for the Indian cricket team ahead of the T20 World Cup in Australia this year. MPL posted a video on Twitter in which captain Rohit Sharma, all-rounder Hardik Pandya and batter Shreyas Iyer requested the fans to be a part of their dream jersey.

“The game is not really the same without you guys cheering us on! Show your fandom along with BCCI for the game by sharing your fan moments,” they wrote on Twitter.

MPL did not give much away about the design and pattern of India’s new kit that the Rohit Sharma-led side will wear during the T20 World Cup in October-November but if the video was anything to go by then it is more or less certain that the sky-blue shade will be back. India currently wear a darker shade of blue in ODIs and T20Is. This jersey was launched ahead of last year’s T20 World Cup and MPL had said the stripes in the jersey resemble a billion Indian cricket team fans and their dreams.