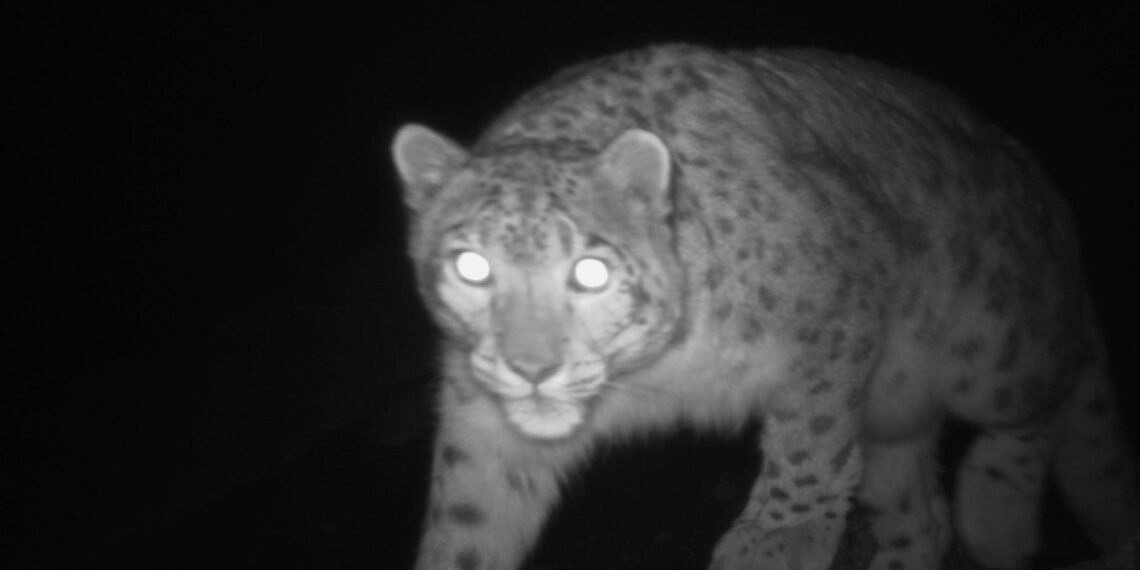 Srinagar: From the elusive snow leopard to Kashmir musk deer, camera trapping in the Baltal-Zojila region has caught images of several rare animals.

Accessed exclusively by The Kashmir Monitor, the photographs of snow leopard captured in upper Baltal have brought ‘renewed hope’ to the wildlife experts.

“This finding brings renewed hope to Kashmir and its high-altitude regions, as the presence of the snow leopard can be used as a conservation flagship to address high-mountain development issues for people and the environment. The camera trapping exercise also revealed other important and rare species such as Asiatic ibex, Brown Bear and Kashmir Musk Deer, besides Incredible information regarding other biodiversity components of such habitats, interactions and threats will be documented in the shape of a final report,” said Munib Khanyari, programme manager of the Nature Conservation Foundation (NCF).

Stating that the capturing of the snow leopard in upper Baltal was the ‘first robust evidence of snow leopard’ in the area, Khanyari said more such findings from the ongoing surveys were expected.

While the images have been recorded by the NCF, Khanyari said the Department of Wildlife Protection Jammu and Kashmir has been conducting surveys with partner NGOs, to understand presence and abundance of snow leopards under the Snow Leopard Population Assessment of India (SPAI) project funded by the Ministry of Environment Forests and Climate Change.

“This iconic and culturally treasured great cat is a good indicator species as it quickly reacts to habitat disturbances and its successful conservation requires sustainable long-term systemic solutions to the threats impacting the quality of habitats. Various teams have been conducting surveys across the near 12,000 sq. km potential snow leopard of Jammu and Kashmir for a few years now covering Gurez, Thajwas, Baltal-Zojila, Warwan, and Kishtwar landscapes. There is extremely limited evidence of snow leopard occurrence across the UT of Jammu and Kashmir,” he added.