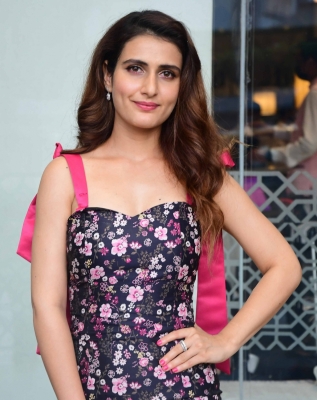 Mumbai: After O Antava girl Samatha Prabu, it is the turn of Bollywood actress Fatima Sana Shaikh to blow the lid off her illness.

Fatima, who will be soon seen as Indira Gandhi in ‘Sam Bahadur’, took to her social media to raise awareness about epilepsy which she has also been suffering from.

November is known as Epilepsy Awareness Month. Fatima Sana Shaikh has been making a constant effort to address this among the people and raise awareness about the same. The actress addressed the cause while she opened up a conversation on her social media for people to share their stories, struggles, and challenges about the same.

Taking to the story section of her Instagram, she dropped a question writing: “It’s epilepsy month. Share your story, struggle challenges Or just ask.”

She also opened up about when she learnt about her health condition, stating that it was during the time of ‘Dangal’ preparations that she got to know about the disorder.

On being asked by one of her followers about when she found out about it, the actress wrote: “(I) was diagnosed when I was training for ‘Dangal’. I got an episode and woke up straight at the hospital… (I) was in denial at first (for five years). And now, I have learned to embrace it, and work and live around it.”

On how she has been working with this condition, Fatima wrote that she informs all her directors that she has epilepsy.

“They have always been very supportive and understanding. They know of the challenges they might face on the days I get an episode.