Energy drinks are ‘the dangerous coffee of new generation’ 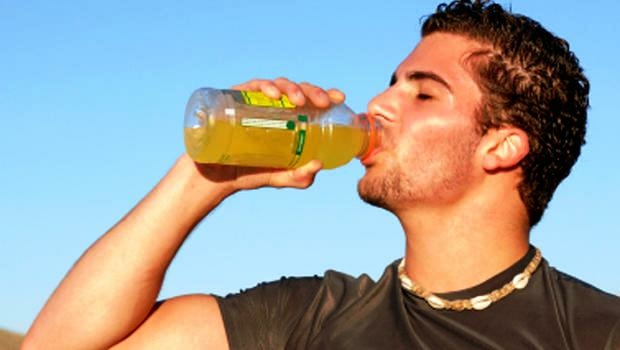 An increasing number of students are consuming energy drinks to boost their concentration as they study throughout the night,so much so,that such beverages have become coffee of the new generation.
However,a Universite de Montreal nutritionist has warned of the dangers of energy drinks.
“Energy drinks are the coffee of a new generation. These drinks are made up of sugar and caffeine and can have a negative impact on health,” said Stephanie Cote,nutritionist with Extenso,a Universite de Montreal health and nutrition think-tank.
A 2008 report by Agriculture and Agri-Food Canada has revealed that 1.5 billion cans of Red Bull were sold in the United States in 2004,with a similar level of consumption reported in Canada and it is a growing trend for 18-to 24-year-olds.
The market segment is broadening as younger children are beginning to consume these drinks before doing physical activity.
However,these drinks aren?t recommended to either athletes or children under the age of 12.
“Energy drinks don?t hydrate the body efficiently,because they have too much sugar. And caffeine doesn?t necessarily improve physical performance. In high quantities it can increase the risks of fatigue and dehydration,” said Cote.
Many studies have demonstrated that strong doses of caffeine can increase hypertension,cause heart palpitations,provoke irritability and anxiety as well as cause headaches and insomnia.
While Health Canada does not recommend consuming more than two cans per day,many young people do not respect this warning.
Furthermore,close to 50 per cent of 18 to 24-year-olds claim to consume energy drinks mixed with alcohol. Vodka Red Bulls are in vogue despite warnings against the mix.
“Usually when someone consumes too much alcohol,their head spins and they feel tired. Energy drinks cancel out these warning signs. The person feels good and therefore keeps drinking without realizing they are drunk,” explained Cote.