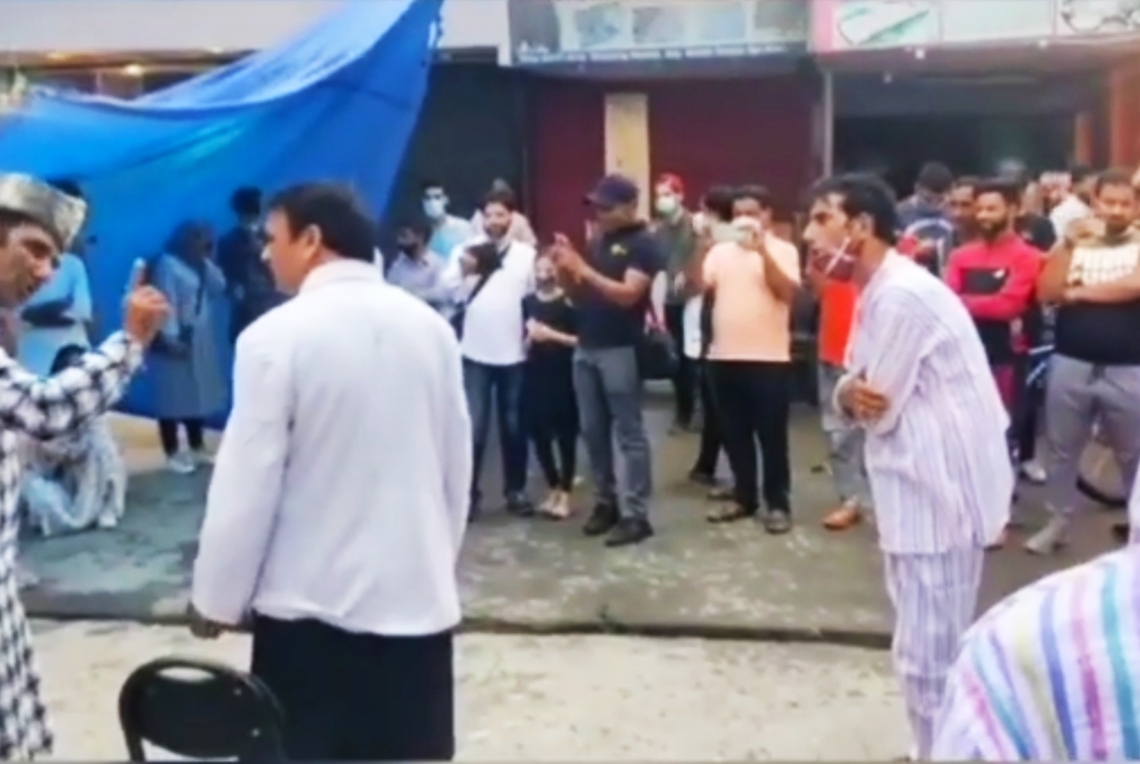 Srinagar: On the banks of Dal Lake, a group of artists are busy giving final touches to first street play. From doctor to a father and from a wife to the patient, artists are playing different characters to enthrall the audience and create awareness.

As the play starts, a father is telling his newlywed doctor-son not to neglect his wife and family. However, the doctor continues to attend to COVID patients during the lockdown.

In the end, the doctor loses his life to COVID. During the five-minute-long play, the theatre artists created awareness about the pandemic.

While the play was watched with keenness by onlookers, it was later uploaded on social media by a group of Kashmir valley based theatre artists. They have also uploaded messages against social issues like drug abuse and a growing number of suicide cases. They are also planning more such plays and other acts to create awareness over the social problems facing the Valley.

“We held this ‘nukkad show’ at Nishat to pay tribute to the COVID warriors and also raise awareness against the pandemic. We got a very good response and now we are planning to have more such street plays. Then we also took bytes of local television and theatre artists to create awareness about drugs and suicides and shared it on social media platforms. We feel it is the duty of the artist community to contribute and play a role in fighting social evils at a time when we are facing several issues like drug abuse and suicides,” well-known theatre and television artist Hassan Javed told The Kashmir Monitor.

Javed said their next street play will be against drug abuse.

“The next act will be against drug abuse. Preparations are underway and we are planning to shoot the street play properly so that we can share it on social media platforms. Unfortunately, a father only tells his son to buy cigarettes and later the child too gets addicted. This act will be a part of our campaign against social evils,” he said.

Actor Arif Bhat, who is a part of the campaign, said around six artists were presently voluntarily taking part in the plays.

“Almost all Kashmiri artists extended support to our endeavor by shooting video messages against drug abuse and suicides. As far as street plays are concerned, presently 5-6 theatre artists are involved. They are voluntarily taking part in the street plays that will also be shot and uploaded on social media,” he said.