Draft Master Plan for Srinagar in the process of finalization: SDA 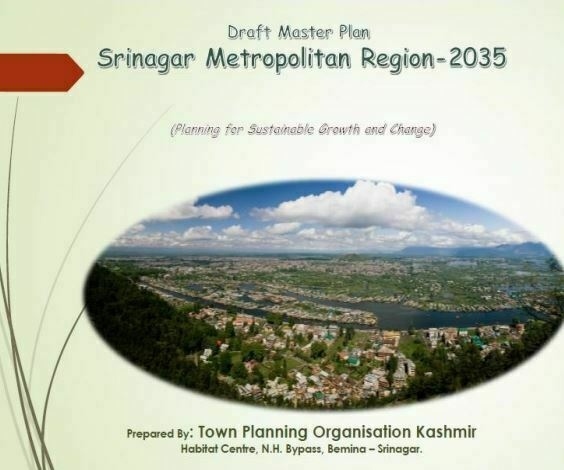 Srinagar, Aug 16: The Draft Master Plan-2035 for Srinagar Metropolitan Region is in the process of finalization. The draft was put by the SDA in the public domain in May last year. On the directions of Governor, the SDA organized a day-long interactive session with the stakeholders today on 16.08.2018 at SKICC, Srinagar.
The interactive session was chaired by Financial Commissioner, H&UD Department and was attended by Divisional Commissioner, Kashmir, Secretary, H&UDD, Deputy Commissioner, Srinagar, Commissioner, SMC, Vice Chairman, LAWDA, Vice Chairman, SDA, Chief Architect, J&K, Chief Town Planner, Kashmir and other senior officers of the Government. Representatives of various Organizations and other stakeholders participated in the session.
MLAs of Srinagar also participated in the interactive session. The various issues relating to the draft Master Plan were deliberated upon. The stakeholders dwelt at length upon preservation and wherever possible, restoration of environment and ecology, water bodies, maintenance of green buffers, afforestation, etc.
It was felt that the Master Plan should seek to achieve sustainable development. Srinagar being located in an ecologically fragile zone, with limited land resources, the participants suggested that the focus should be on vertical growth and optimal usage of the available land resources.
The need for additional commercial hubs outside the Central Business District and in peripheral areas was suggested by the participants. It was also suggested that all Water bodies should be preserved if not restored to their original position.
The participants also stressed upon the need for optimization of business efficiency and provision of proper industrial commercial and tourist infrastructure. Facilities like Play fields, recreational areas and green spaces should be provided in different areas of the city. Emphasis should be given on creation of cycle tracks, jogging tracks, walk ways, safe pedestrian movement. Some of the participants made detailed presentations on their areas of concern.
The MLAs emphasized on the need for early conclusion of the draft Master Plan. They stressed upon the need for maintaining a balance between the societal needs and the environmental sensitivities. They also stressed upon the need for proper enforcement and implementation mechanisms to ensure that the proposals of the draft Master Plan get actually implemented on the ground.
The Financial Commissioner, H&UDD directed the concerned officers of SDA and Town Planning Organization Kashmir to keep in view the suggestions received from the stakeholders while finalizing the draft Master Plan.