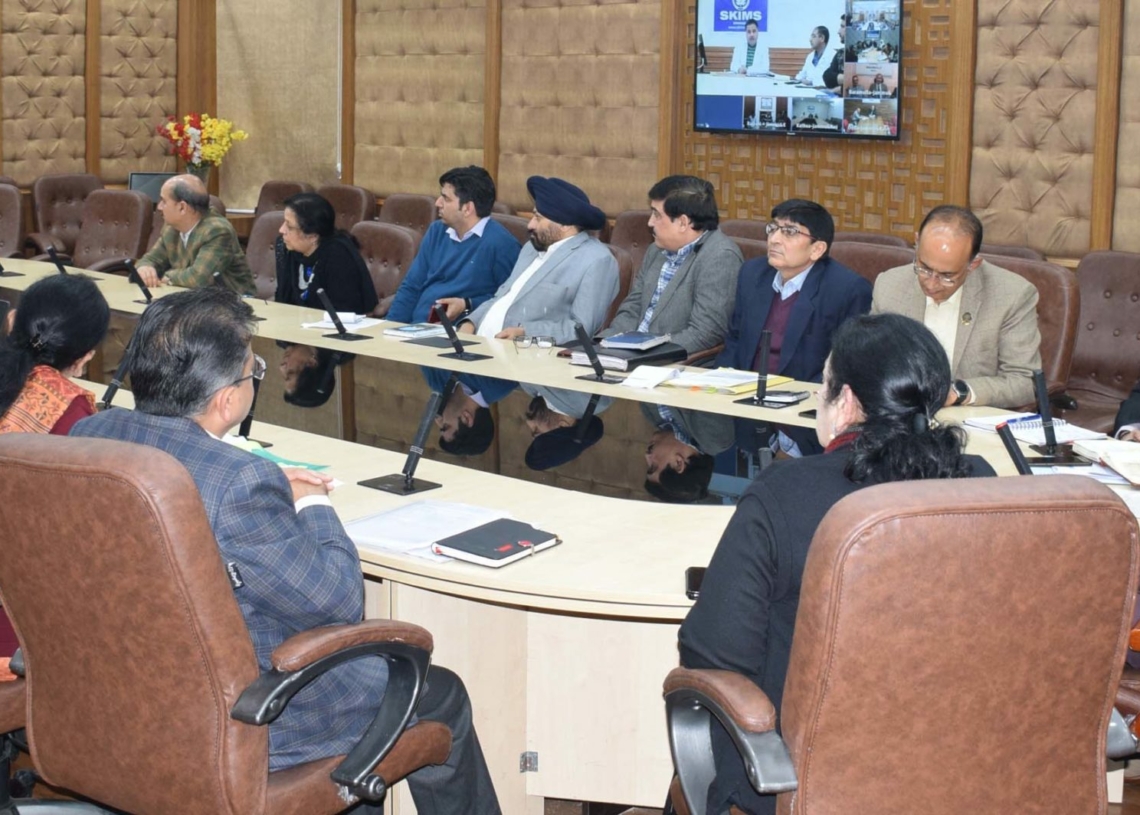 He was speaking at a meeting to take stock of the preparedness of J&K against the novel Corona virus. The Joint Secretary has been designated as the Nodal Officer for the Union Territory of J&K to deal with the preventive measures against this virus.

Bhandari commended the health department for continuous monitoring and dealing with the situation effectively. He stated that India as a whole successfully tackled this problem by resorting to the Standard Operating Procedures against such eventualities.

The Union Joint Secretary also said that we need to allay the fear among the public and reassure them. In view of the increasing number of countries getting affected, he said, that the position of stock needs to be assessed and necessary supplies procured for keeping the viral disease away from J&K.

He also advised training of staff to handle this problem adding that these programs should be carried out in consultation with Union Ministry of Health. Hands on training should be provided to the health professionals so that everybody is prepared about their role and responsibility as per the established norms as it will help us prevent the disease in the first hand, he said.

Financial Commissioner, H&ME stressed on redistribution of resources like PPE kits, N-95 Masks, triple layer masks and other paraphernalia among the health institutions. He maintained that such practices would help us tiding over this instant problem successfully.

He also asked the department to coordinate with the concerned Foreign Registration Office so that people coming from affected countries are tested, quarantined and treated effectively.

The meeting was informed that some 20 samples were taken and sent for analysis to AIIMS/NCDC and report in each case came negative.

The necessary isolation wards, ventilators, ICUs have already been established in each of the medical college and associated hospitals including the district hospitals, the meeting was apprised.

It was further said that J&K has enough paraphernalia to tackle this problem and is fully prepared to face any situation without letting it get out of control.