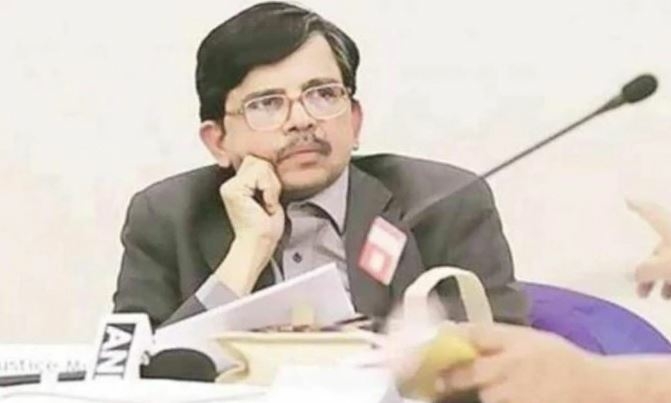 New Delhi, Feb 27: Delhi High Court judge Justice S Muralidhar, who on Wednesday grilled the centre, the state government and the Delhi Police over the violence in the national capital that left 32 dead and over 200 injured, has been transferred to the Punjab and Haryana High Court. Official sources call it a routine transfer recommended by a Supreme Court panel two weeks ago.

The notification on the transfer of Justice Muralidhar, the third highest judge of the Delhi High Court, was issued around 11 pm on Wednesday night by the central government, about two weeks after it was recommended by the Supreme Court collegium on February 12. The transfer notification does not give any time frame for the judge to join his new post. Such transfer orders usually give judges 14 days to join; this was the case in six previous transfers.

Justice Muralidhar will take charge as judge of Punjab and Haryana High Court on March 6.

“In exercise of the power conferred by clause (1) of Article 222 of the Constitution of India, the President, after consultation with the Chief Justice of India, is pleased to transfer Shri Justice S Muralidhar, Judge of the Delhi High Court, as a Judge of the Punjab and Haryana High Court and to direct him to assume charge of his office in the Punjab and Haryana High Court,” the government notification read.

The Delhi High Court Bar Association had last week condemned the transfer and demanded the Supreme Court collegium to recall the move.

Earlier on Wednesday, Justice Muralidhar had said, “We cannot let another 1984-like event happen in this country” and asked the government – at the centre and in Delhi – to work together to combat unrelenting violence that hit parts of the national capital for a fourth consecutive day.

The judge asked why there shouldn’t be FIRs against the four BJP leaders. He told the Delhi Police chief to “seriously consider the consequences” of not registering the FIR.

When the centre, represented by Solicitor General Tushar Mehta argued that FIRs would be registered at an “appropriate time”, Justice Muralidhar said: “What’s the appropriate time, Mr Mehta? The city is burning”.

The judge had asked the police to appear on Thursday with a status report. The case is now listed before the Chief Justice of Delhi High Court, Justice Dhirubhai Naranbhai Patel.

Among those who criticized Justice Muralidhar’s transfer were Congress leaders Rahul Gandhi and Priyanka Gandhi Vadra.

“The midnight transfer of Justice Muralidhar isn’t shocking given the current dispensation, but it is certainly sad and shameful. Millions of Indians have faith in a resilient and upright judiciary, the government’s attempts to muzzle justice & break their faith are deplorable,” tweeted Priyanka Gandhi