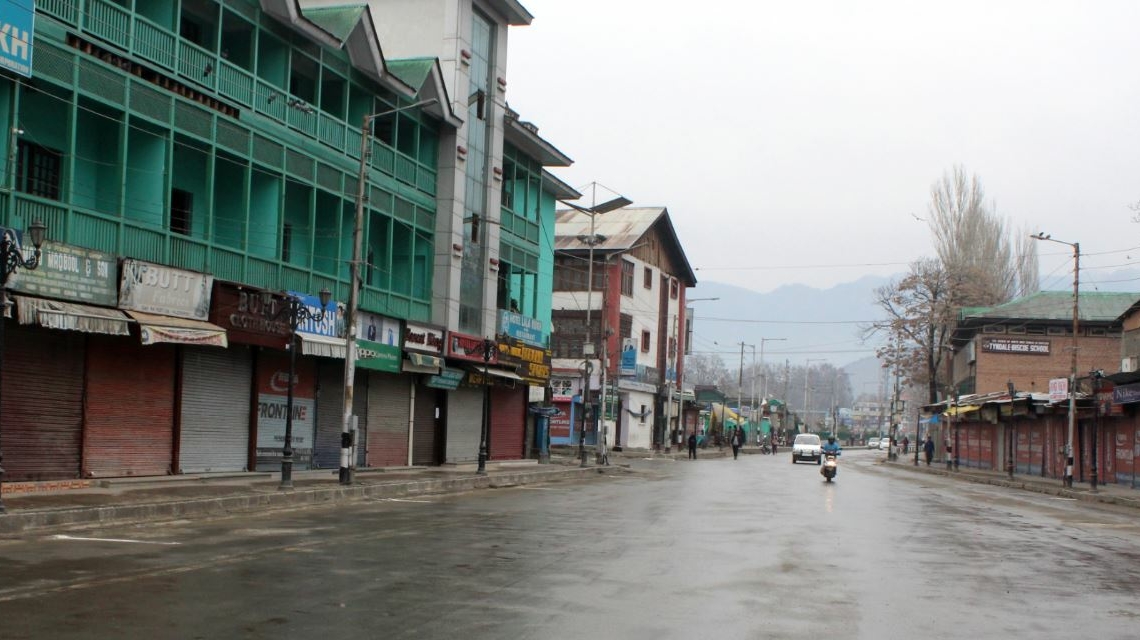 Srinagar, Mar 24: The restrictions across Jammu and Kashmir Union territory continued for the sixth consecutive day on Tuesday even as the day saw more positive cases of coronavirus being detected in the Valley.

The people continued to observe complete lockdown and kept themselves indoors throughout the day to prevent the virus from spreading.

Restrictions continued to remain in place across Jammu and Kashmir Union Territory for the sixth consecutive day. However, during the day, scores of people were booked by the authorities for violating the government orders.

Witnesses said that police and paramilitary forces were deployed in strength on Tuesday who enforced the restrictions across the UT in wake of the deadly Coronavirus outbreak.

Many people who were found violating the government orders were booked by the authorities today.

Ganderbal Police arrested ten drivers and seized their tippers and also arrested one shopkeeper who was found violating the government orders.

In north Kashmir’s Handwara area of Kupwara district, 34 persons were booked while as 16 vehicles have been seized for violating the government orders.

In Police Station Qalamabad, 10 violators who were found violating the restrictions imposed under section 144 IPC have been booked, adding that a case under FIR number 16/2020 under section 188 IPC stands registered and investigation is going on

An official said that as a preventive measure to contain the spread of Covid-19 and in order to ensure strict implementation of section 144 CrPc, 21 shops operating in violation of restrictions and have been sealed. He said that these shops were sealed by district police and Municipal Committee Anantnag.

In South Kashmir’s Shopian district, officials said that at least 25 shopkeepers have been booked in the district for violating the government norms.

It is worth to mention here that administration has been constantly making announcements, appealing people not to come out of their houses unnecessarily and adhere to the health guidelines.

Officials said that police authorities are taking action against violators who are found violating the restriction orders especially the vehicle drivers and shopkeepers.

Besides, the roads across Jammu and Kashmir wore deserted look today with people across the UT preferring to stay indoors in wake of the deadly virus.

Similar lockdown reports were reported from Jammu districts where people stayed indoors and restrictions continued to remain in place across the region.