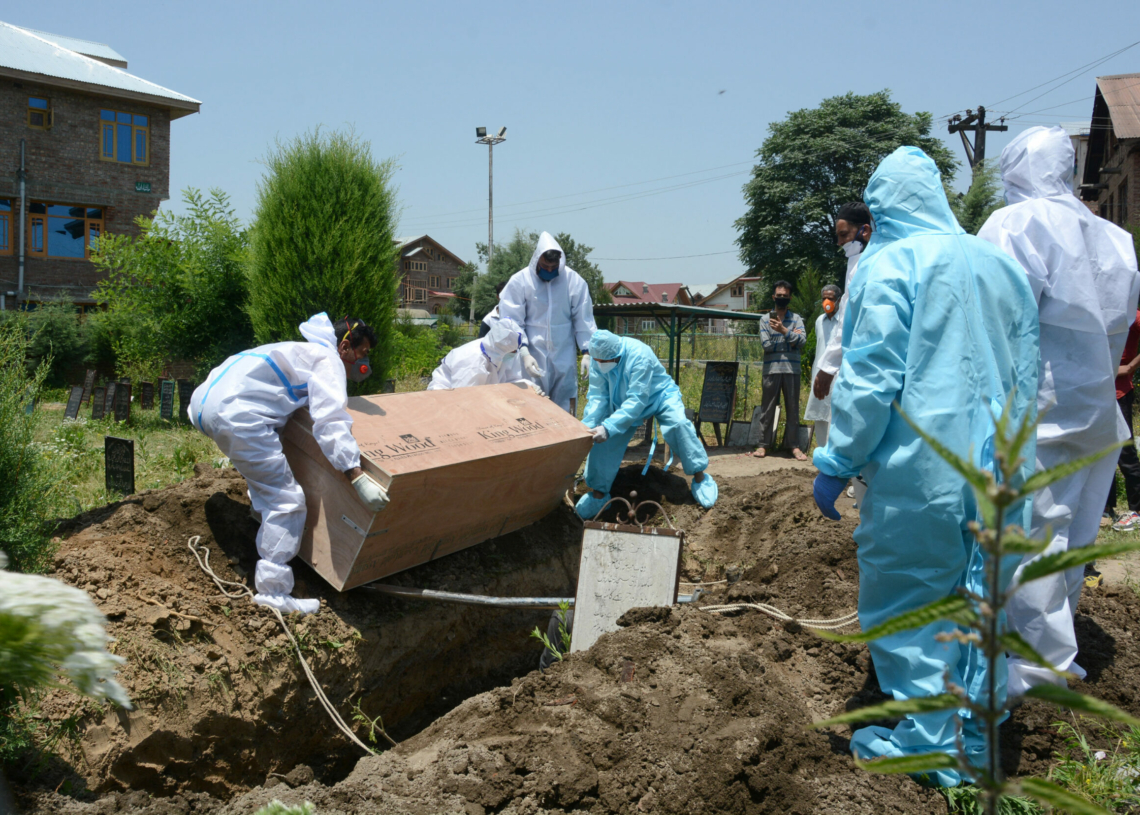 Srinagar: The deadly Coronavirus on Wednesday claimed four more lives in Kashmir, thus taking the toll of deaths due to COVID-19 in Jammu and Kashmir to 423.

An official from CD hospital Srinagar said that a 50-year-old woman from Kupwara who was admitted on 28 July died on Wednesday.

An official from SMHS told KNO that a 65-year-old man from Pattan Baramulla who was admitted a few days ago, was tested positive after his death.

With four more deaths, the death toll related to COVID-19 has reached to 423 including 393 from Kashmir division and 30 from Jammu division—(KNO)