COVID-19: In a first, cat infects human in Thailand 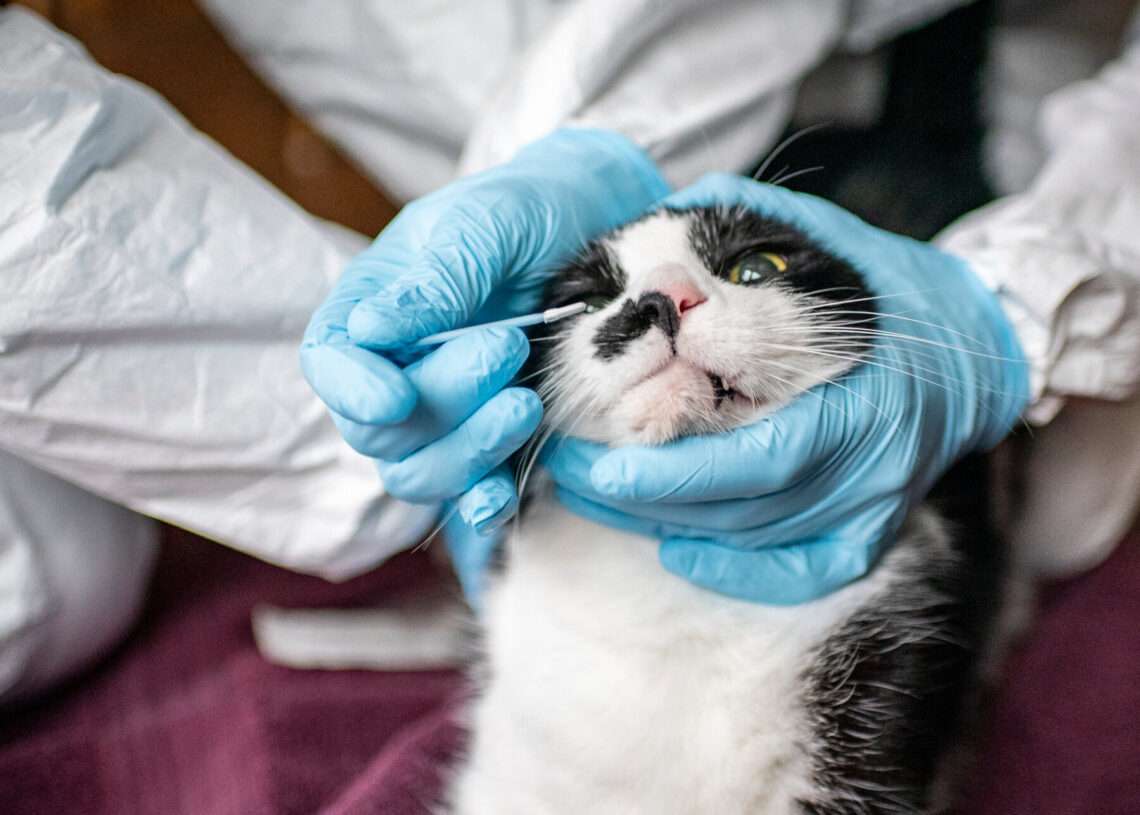 A case of a human having Covid-19 transmitted by a cat has been reported from Thailand, according to the scientific journal Nature.

Given the potential of the coronavirus to switch species and the scale of the pandemic, researchers said the study results are “convincing” and that it is surprising more of these instances have not been recorded.

According to Sarunyou Chusri, a co-author and infectious disease researcher at Thailand’s Prince of Songkla University, this particular study was “accidentally” created.

A father and son who tested positive for SARS-CoV-2 in August were reportedly kept in isolation at the university hospital, according to the study. The household cat tested positive as well.

The cat sneezed in the veterinarian’s face as it was being swabbed. The surgeon had no eye protection but was covered up with gloves and a face mask. She experienced a fever, sniffles, and a cough three days later before testing.

However, none of the surgeon’s close associates tested positive, indicating that she had cat flu. Genetic testing proved the veterinarian and the cat shared the same variation.

But first, a word of warning. Additionally, Nature’s report stated that cat-human transfers are probably infrequent. Infected cats “do not shed many viruses and shed just for a few days,” according to experimental investigations, according to Leo Poon, a virologist at the University of Hong Kong.

However, while handling cats that may be infected with Covid-19, all precautions must be followed, including the wearing of eye protection. Leo Poon felt anxious.

Other domestic animals, such as dogs, ferrets, and rabbits, can also contract Covid, although there is little chance that the virus will spread to people. Infections in humans have also been linked to hamsters in Hong Kong and farmed minks in Europe and North America.

The Centers for Disease Control and Prevention in the United States stated, “Pets shouldn’t worry about obtaining Covid-19 from you, but you should be concerned about them doing so. Persons with confirmed or suspected Covid-19 should avoid interacting with other people as well as domestic and wild animals.”