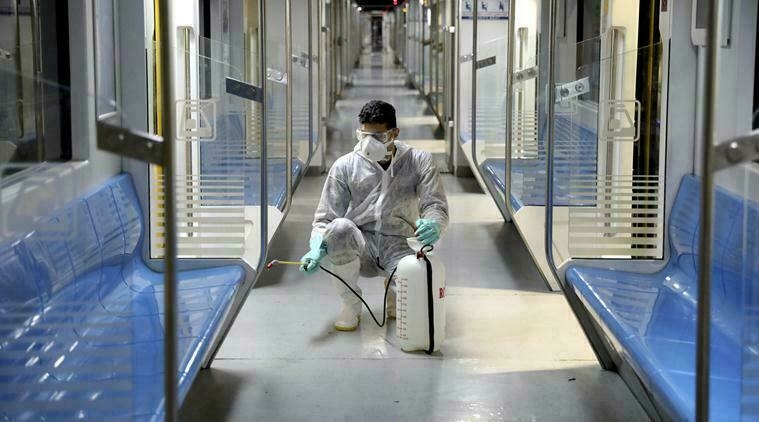 The coronavirus has spread to over 70 countries on every continent but Antarctica. The worldwide death toll topped 3,000 and the number of those infected rose to about 89,000 across the globe. The outbreak has become a global concern. Meanwhile, China’s UN Ambassador has said there is no need to panic over the coronavirus epidemic and that Beijing does not plan to discuss the situation in the Security Council during its Presidency this month.

A team of WHO experts on Monday landed in Iran after alarming clusters of the novel Coronavirus continued to swell in the country. Iran’s health ministry has confirmed 1,501 cases and 66 deaths, including the death of a confidant of Iran’s supreme leader. According to reports, caseload surged more than 250% in just 24 hours. The WHO team will identify transmission dynamics and at-risk populations, as well as provide guidance on strengthening and scaling up the response and readiness efforts.

A team of @WHO experts has landed in Tehran, IR #Iran to work w/ health & other authorities to review/support the ongoing response to #COVID19 outbreak in ??. The plane carrying the team also contained a shipment of medical supplies & protective equipment https://bit.ly/2IecUXD

The WHO experts arrived along with a shipment containing medical supplies and protective equipment to support over 15,000 health care workers and enough laboratory kits to test and diagnose nearly 100,000 people.

coronavirus, coronavirus China, coronavirus US, coronavirus death toll, coronavirus France, US coronavirus case, World news, Indian Express FA worker wears a face mask to spray disinfectant as a precaution against the coronavirus at a shopping street in Seoul, South Korea. (AP Photo/Ahn Young-joon, File)
In China, as many as 2,943 people have died of the disease. However, the caseload in the country has continued to wane. The health ministry announced just 125 new cases detected over the past 24 hours, China’s lowest number since Jan. 20. Another 31 deaths were reported on Monday, all of them in the hardest-hit province of Hubei.

In India, the number of coronavirus cases rose to five after two new infections were detected — one in Delhi and the other in Hyderabad. Both the cases-self reported — health officials have started contacting the patients’ family members and colleagues to trace who they came in contact with, including crew members of the Air India flight who have been asked to remain in isolation at their homes for 14 days. The new cases mark the first instance in the country of the virus being reported from outside Kerala, where three students returning from Wuhan, the Chinese city at the heart of the outbreak, were found to have been infected. All the three — the first case was reported on January 30 — have been discharged from hospitals after treatment.

Pakistan on Tuesday reported a new coronavirus case, taking the total in the South Asian nation to five since the first case was confirmed last week, officials said. “We have now 5th confirmed case of COVID19 in federal areas,” Zafar Mirza, the country’s health minister tweeted early Tuesday morning. The patient is stable and being managed well, he said, without giving further details. Most of the cases reported so far in Pakistan have a history of travel to Iran. The southern province of Sindh on Monday extended the closure of all educational institutions following the confirmation of a second coronavirus case in Karachi, the country’s largest city. Pakistan announced its first two cases of COVID19 last Wednesday.

Around the world
The virus has now spread to New York, Moscow and Berlin, as well as Latvia, Indonesia, Morocco, Tunisia, Senegal, Jordan and Portugal. Global health officials sought to reassure the public that the virus remains a manageable threat. “Containment is feasible and must remain the top priority for all countries,” WHO chief Tedros Adhanom Ghebreyesus said.

Across Japan, children stayed home after the government announced the closing of schools until April. In Paris, the galleries of the Louvre museum were off-limits. With Israel holding a national election, special voting booths were set up for those under quarantine. In Germany, Chancellor Angela Merkel was rebuffed by her interior minister when she extended her hand to greet him. At the United Nations, officials said they were postponing a major conference on women that had been expected to bring up to 12,000 people from its 193 member countries to New York next week.