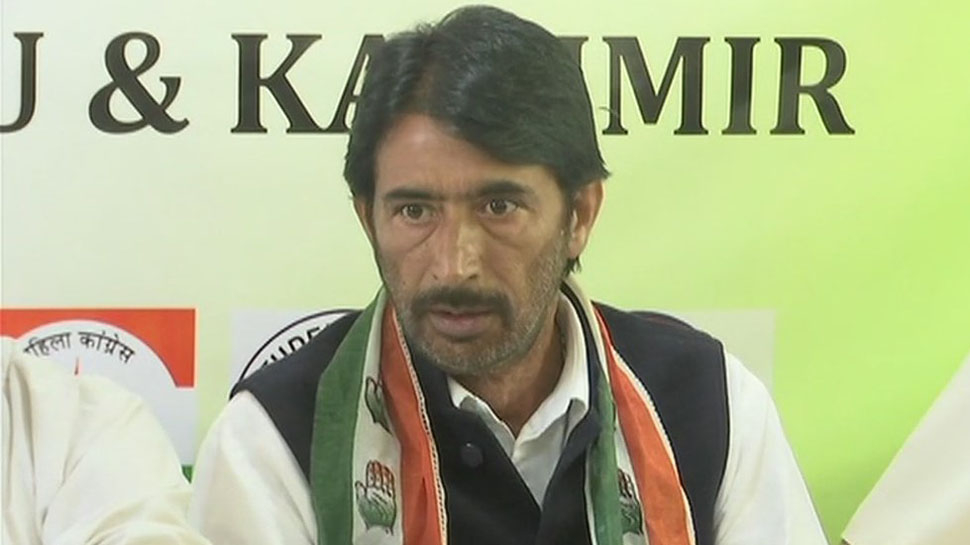 Srinagar, Sep 29:Congress on Saturday said it was ready to lend support to Peoples Democratic Party (PDP) and National Conference (NC) if the two agreed to form government in the state.

President Jammu and Kashmir Pradesh Congress Committee (JKPCC), Ghulam Ahmad Mir, said his party was ready to join hands with any political party anywhere in the country for preservation of secularism.

“Let them sit and discuss things. Once we feel they are serious and reach to some conclusion, we will definitely support them. Mere preaching would not help. What is required is practice and action,” he said.

“We told them that we would give in writing that nobody would disturb him during the six years. At that time, they didn’t pay any heed to what we said. People gave them mandate, but they went against the wishes and formed the government. What did they achieve by joining hands with BJP?”Mir told The Kashmir Monitor.

Mir referring to the statement made by the former finance minister and MLA AmiraKadal, Altaf Bukhari, wherein he said that NC and PDP should form the government for the good of the state, he said they have lost their relevance.

“PDP is trying to gain the ground. They have realised that they have lost their ground. Now, it is too late for them. There is division in the party, and they are trying to address that,” he said.

“They boycotted the panchayat and urban local body elections but we have inputs that they are fielding proxy candidates. Their MPs and MLAs are contesting. Some MLAs bringing the nomination forms to their residences,” he said.

“The brother of Fayaz Ahmad, PDP leader from Kupwara and RajyaSabha (RS) member has filed the nomination papers. What does it signify,” he added.

By fielding proxy candidates, Mir said the secular votes were getting divided.

“We would continue to work for secularism. Congress has set numerous examples, sacrificed the chair. We are not power hungry. The people are angry with their decision of joining hands with BJP,” he said.

Pertinently, Altaf Bukhari on Friday said that PDP and NC should come together to form the government in the “larger interests” of Jammu and Kashmir.

“This is the right thing to do (to have the NC-PDP alliance) in the present situation when our identity is under attack,” Bukhari said, when asked about the possibility of the two parties coming together to form the next government in the state.

Bukhari even said that both NC and PDP should meet the Governor and stake claim to government formation.