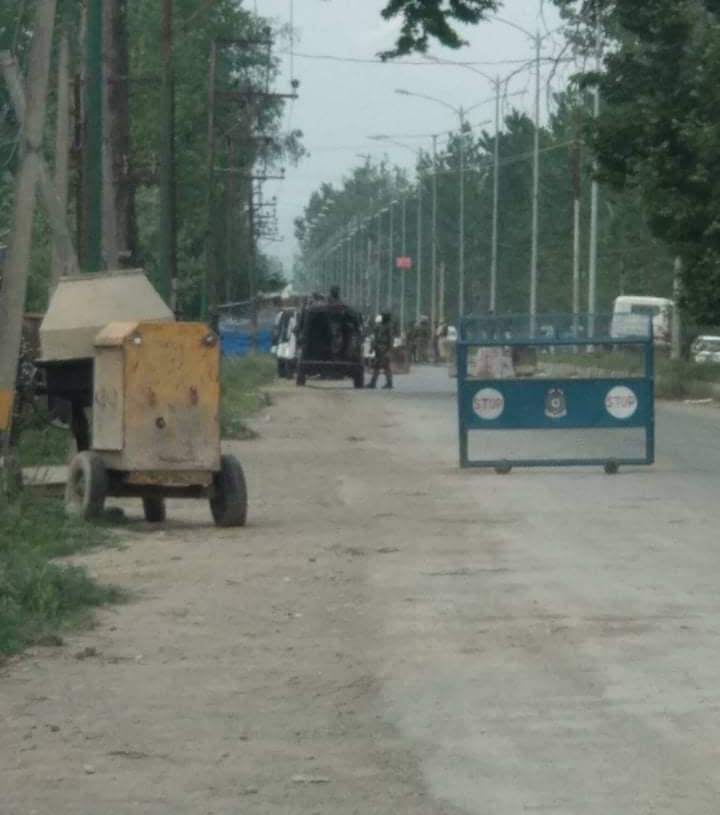 The checkpoint in Narbal Budgam where the man was shot dead after he allegedly did not stop when asked to by CRPF (Photo: KM)

Srinagar:  One civilian was killed after paramilitary CRPF forces fired at him near Kawoosa Khalisa village in Narbal area of central Kashmir Budgam on Wednesday.

Quoting sources, news agency GNS said that the man was going in his vehicle and was fired upon by the CRPF injuring him around his right shoulder and chest.

“A civil vehicle fled from 2 nakas in Narbal kawoosa. Upon which CRPF party fired in which one person got injured. (He has been) shifted to hospital,” SSP Budgam Nagpure Amod said, adding, “Further details awaited.”

The man, identified as Mehrajudin Shah son of Ghulam Mohammad Shah of Makhama Beerwah, Budgam was shifted to SHMS hospital Srinagar in a critical condition. However, he was declared as brought dead by the doctors who attended him at the hospital.

Dr Nazir Choudhary, medical superintendent of the SMHS hospital confirmed to GNS that the man was brought dead to the hospital. (GNS)