Citizenship Bill is stalled in RS, Northeast erupts in joy 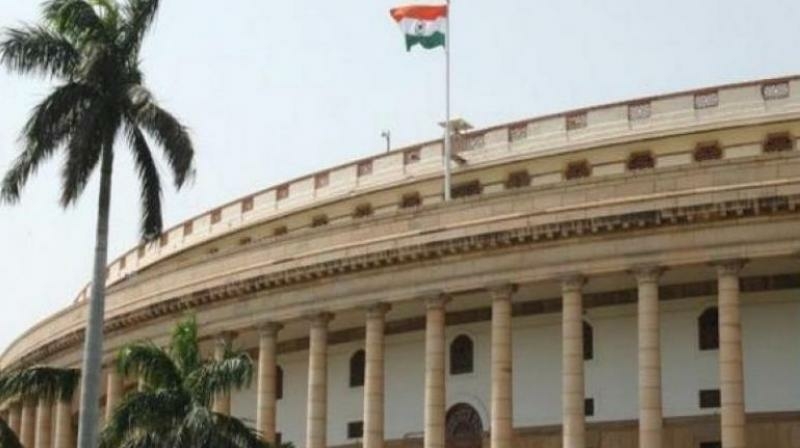 Guwahati: In what was described as a grand victory of the anti-Citizenship Bill lobby in the Northeast, the controversial Citizenship Amendment Bill failed to get passed in the Rajya Sabha, which adjourned sine die after repeated interruptions by the Opposition.

As soon as the news came of the Rajya Sabha’s sine die adjournment, student bodies, civil society groups and political parties in Assam erupted in celebrations, saying it was the victory of all the people in the Northeast.

However, Assam finance minister and senior BJP leader Himanta Biswa Sarma told reporters this could not be seen as a victory of the state’s people, and that his party would remain committed to the issue and will come back with the bill if it returns to power. He said if the law was not in place, then by 2022 Assam would be controlled by Bangladeshi Muslims.

Meghalaya chief minister Conrad Sangma said in a statement on Wednesday evening: “I think it was the effort of all political parties, all organisations and the movement at every level that really led to the stalling of the bill in the Rajya Sabha. So I don’t want to go into the details, but I can tell you efforts were made at different levels which ultimately culminated in what has happened today. I think the credit goes to all the organisations, all the political parties that worked day and night to reach out to the leaderships of different political parties, and we are happy that ultimately the sentiments of the people and the voice of the people of the Northeast has been heard.”

The Citizenship (Amendment) Bill provides for conferring Indian citizenship to Hindus, Jains, Christians, Sikhs, Buddhists and Parsis from Bangladesh, Pakistan and Afghanistan after seven years of residence in India, instead of 12 years, which is the current norm, even if they do not possess any document.

Student organisations, political parties and socio-cultural bodies have been protesting on the grounds that it seeks to grant nationality to non-Muslims who have come into India upto December 31, 2014, extending the deadline from 1971 as provided under the Assam Accord.

Under the Assam Accord, all illegal immigrants who have entered after 1971, irrespective of religion, have to be deported, and this bill violates that. The student body leaders and members of civil society groups thanked Meghalaya CM Conrad Sangma for his bold stand against the bill. Mr Sangma had threatened to sever all links with the National Democratic Alliance and topple the BJP-led Manipur government. In Upper Assam, all those who opposed the bill bursted crackers and gave out sweets, accusing the BJP-led alliance government of backing the “anti-people” bill at the behest of the RSS.