Check out: Why road accidents kill more people in J&K 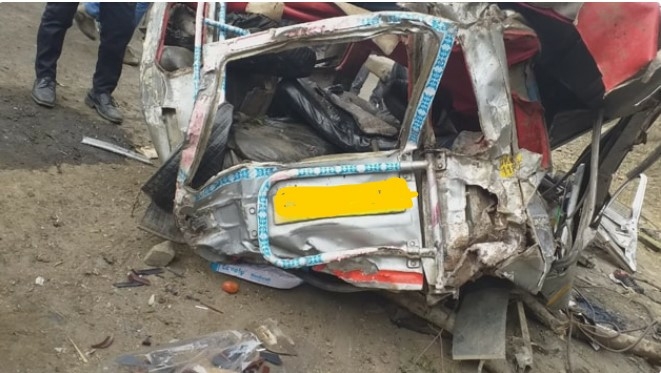 Srinagar: More people have died in road accidents than militancy in Jammu and Kashmir in the last four years.

Over 22,000 road fatalities have occurred in the union territory during the last four years. During the same period, more than 1100 people including militants, security personnel, and civilians have died in strife.

Of the total 22,258 deaths, 500 have occurred on Srinagar-Jammu National Highway alone.

Last year road accidents have killed as many as 47,984 people on National Highways, across India.

As per officials, more deaths have occurred in the Jammu region particularly in Pir Panjal and the national highway.

“For the last few years, we have been witnessing that road accident have been mostly occurring in Rajouri, Doda, Poonch and other areas which are located at high altitude. In the Kashmir region, accidents occur mainly on the national highway due to the negligence of drivers and other reasons,” they said.

As per the Ministry of Roads and Transport, major causes of accidents on the National Highways (NHs) in Jammu and Kashmir are due to vehicle design and condition, road engineering, over-speeding, drunken driving/ consumption of alcohol and drug, driving on the wrong side, jumping the red light and use of the mobile phone during driving.

Pertinently, the Centre has launched a scheme to create awareness on road safety through electronic media, print media, and NGOs.