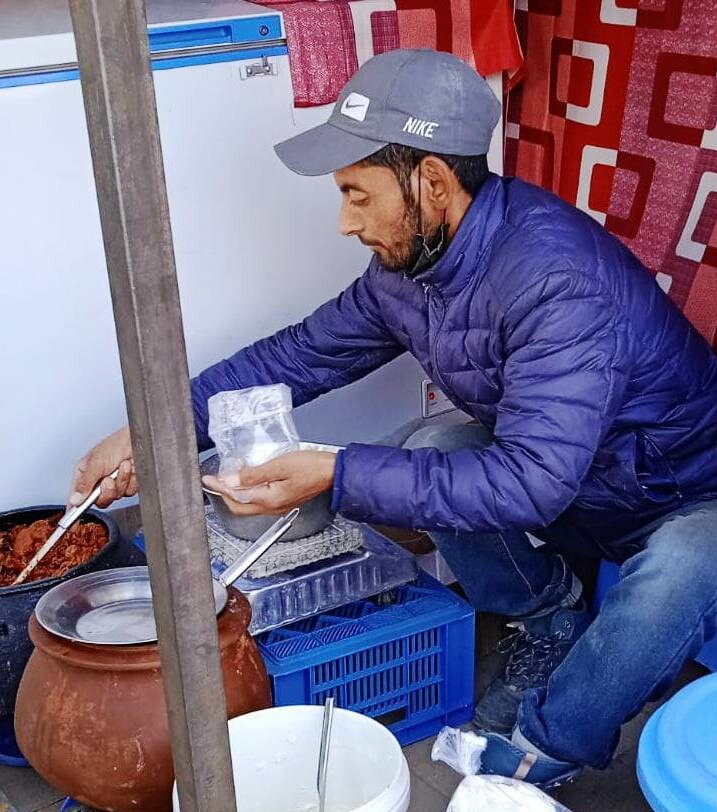 Srinagar: When Mohammad Shabir opens his kiosk located at Kargil in Ladakh region, his organic products especially cheese and ‘chakka’ get sold in no time. His products are so popular that the office goers buy his cheese early in the morning and keep it in a freezer placed at the corner of his shop till their return in the evening.

Though Shabir started his business in 2013, he of late has become one of the most sought after cheese makers in Kargil town. His ‘chakka’ – a traditional Ladakhi delicacy made of curd and cream that can be eaten with bread – too is equally popular.

Shabir, who hails from Pashkum village, says his products are 100 per cent organic and that is why his venture has now become a success story.

“I started my business in 2013 as my father used to do the same but on a very modest level. The secret of my success is that my products are 100 per cent organic and made from pure cow milk. I also sell other organic products like chakka that are also in much demand. Besides, I also sell organic vegetables,” Shabir told The Kashmir Monitor.

He said his business had now grown considerably over the past few years as more people now preferred organic food.

“From a modest beginning, I now make cheese, chakka, etc from 360 litres of milk daily. Though I take milk from others in my village, I have also bought three cows of my own and am planning to expand it further in view of the good response from buyers. Now, the number of people who prefer organic food is growing,” he said.

“This pure cow milk here is called ‘orjan’ from which pure curd, cheese and chakka are made. Chakka is squeezed curd solids which is taken with local bread called ‘takki’ and is highly relished in this region. Shabir started selling from a van and now has a kiosk and is among the most sought after organic cheese makers in town,” he said.

Those who have tasted his products claim that it was among the best in the region.

“The cheese processed by Shabir is of very high quality and the proof of its purity is that it does not stick to the pan on frying and also it does not turn black but turns yellow. In taste, the cheese is the best I have tasted so far in Ladakh. The cheese is processed from cow milk and the cows are fed on organic fodder. Its taste is totally different from another favourite cheese of the region processed from yak milk called chupri,” West Himalaya traveller Wiqar Bashir told The Kashmir Monitor.