Center for Sports Excellence: It is Overdue to the state 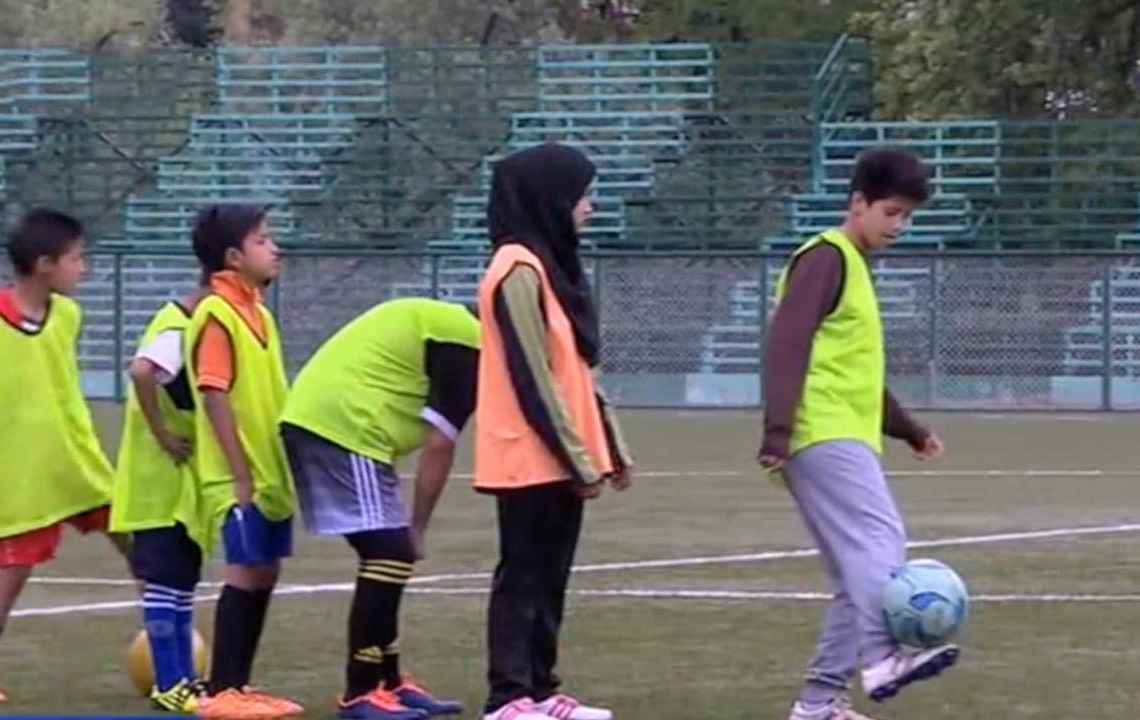 I recently read that one of the major parameters of any nation’s quality of human development is its performance in sports and games. While this country boasts of being the one of the fastest growing economies among so called BRIC countries, on sports front, it stands at the tail end.

In fact, in terms of the ratio of medals won to the population size, it emerged as the worst performer among 86 participating nations. With 132 crore population (2016), the ratio stood at 66 crore people per medal. This is a sin!

Worst was the fact that not even a single gold medal was won by the countrys’ total contingent of 117 athletes including 63 men and 54 women who participated across 15 sports during the Rio Olympics, including first Olympian from our J&K state Chain Singh – 50m rifle shooter – from village Chanser of Doda district.

Chain did make it to the J&K Bank’s yearly calendar of 2018, but for him, a pukka road to his hilly village of Chanser would mean more than an Olympic medal. Somehow, I could relate Chain’s struggle in shooting for a better road to his village with that of Ali for little sister Zara’s pair of sneakers (Children of Heaven).

A few academic studies have been conducted in course of finding out as to why many countries win few Olympic medals. In 2008 report in the ‘Economic and Political Weekly’, an Indian Publication, Anirudh Krishna and Eric Haglundargued
that “Olympians are drawn, not from the entire population of a country, but only from the share that is effectively participating. Low medal tallies can arise both because a country has very few people and because very few of its people effectively participate.”Further, they contended that there are certain factors that limit effective participation. Those factors, they say, are health, education, public information and what they call ‘physical connectedness’ i.e. a population’s ability to travel. In other words, an unhealthy individual is unlikely to participate in sport; an educated individual is likely to be more ambitious and school attendance increases the chance that talent will be spotted and developed; in terms of public information, an individual can only aspire to be an Olympic athlete if he or she has heard about the Olympics via the media; and where there is little ‘physical connectedness’ in remote, isolated villages, many sporting jewels may go undiscovered. In rural India, where life expectancy and primary school enrolment are below the world average and where there is more limited access to the outside world both physically and communication-wise, much of the effective participating population is lost.

Zoom in to the state of J&K, it is hard to find any athlete of national repute in present times, except for little TajamulIslam who made the state proud in lesser-known kickboxing world championships. At national level, the state does not figure anywhere near its neighbours like Punjab, Haryana, Delhi, not even the special category North-Eastern states. To mention, in the latest 35th National games of India held in Kerala in 2015, J&K athletes won a total of 15 medals including 3 gold, 2 silver and 10 bronze medals. This is mediocre in comparison to 162 medals won by Haryana. Even special category states like us, Manipur – 69 medals and Assam – 25 medals – including 9 gold medals handsomely. In cricket, though ParvezRasool has made the state proud, yet the state team has never been able to consolidate its position as a competitive cricketing state, with recent performances swinging like clock pendulum.

Andin football, the most popular sport on the globe and undoubtedly the sport of state’s glory in the past has also lost sheen here. The state team has not been able to qualify the preliminary round in the coveted Santosh Trophy for many years now, even though the recent U-19 team performance has set an opinion of a promising future.

As an exception, the state athletes have been in news forgood performances in many Chinese martial arts like Wushu and Judo. Kudos to the players!,These games give a sense of Chinese invasion though.

Exploring the reasons behind poor performance of a nation or a state, there is a general understanding that lack of a sporting culture as well as non-availability of modern infrastructure are the main reasons.

Although cable TV networks,supplemented by change of attitude of parents towards sports and games systemhave phenomenally transformed the sporting culture across the state, with even remote regions of Ladakh having access to HD quality TV signal who are able to watch international sports events as well as national ones, yet modern sports infrastructure still remains an area of concern.

Even though there are 42 playing fields across the state, not even a single qualifies to be first class.  Look at the heart of Srinagar, you see the grand indoor stadium – the best of class when inaugurated – remains same as it was 30 years back. No even an iota of upgradationboth outside or within the stadium has happened over the period. In fact, it remained in dilapidated condition during the years of turmoil. In many districts of the state, we have dozens of playfields craving for attention. Moreover, the state in general and the valley of Kashmir in particular takes a beat for lack of an all-weather proof multi-sport complex, given the wet weather conditions that extend for more than half of the year.

The way forward – establishment of a Sports Centre of Excellence, where athletes can access facilities that are on par with any centre in the world. The centre should be a multi-purpose venue which can house multiple sporting disciplines – an integrated convertible multi-sports facility. Itshould have a high quality sports science, rehabilitation, and elite athlete training centre, along with other sporting facilities under one roof where athletes of all age group can train, compete, rehabilitate, shop or just hang out.

InU.S., no matter the size of the community, you see basketball courts, baseball and softball fields, football fields and soccer fields. Every middle school, it seems, has a track and open spaces where people can play anything. Most high school have facilities — at the minimum, a big field that hosts football, soccer field hockey, and baseball; at the most, there are separate fields for each of those sports, plus indoor training and practice facilities. Multiple basketball courts in one location are a common sight. In China, there are thousands of Centres of Excellence. And in India, a few have already come up like Padokone-Dravid Centre for Sports Excellence, are coming up at a fast pace.

While Sports Authority of India, the apex National body dedicated to development of sport in India, has already established 11 ‘Centres of Excellence’(as per SAI website) across the country including Haryana, Manipur, Odisha, Gujrat, Maharashtra etc., 12th one in the state of J&K would fill the much needed gap of the modern sports infrastructure facilities for the budding talent of the state.

No matter what goes on in the vicinity, we still play cricket on the road, carom in the lawn and football in open fields. There is no stop to sports activities, not even by pellets. Given the sporting talent within, the state athletes deserve better facilities to compete at the national and international level. If states like Manipur have it, the Center for Sports Excellence is already overdue to the state of J&K.

Views expressed are author’s own. Feedback at [email protected]