Beijing Olympics to Moscow Stars: 2022 starts on the right note for Kashmir sports 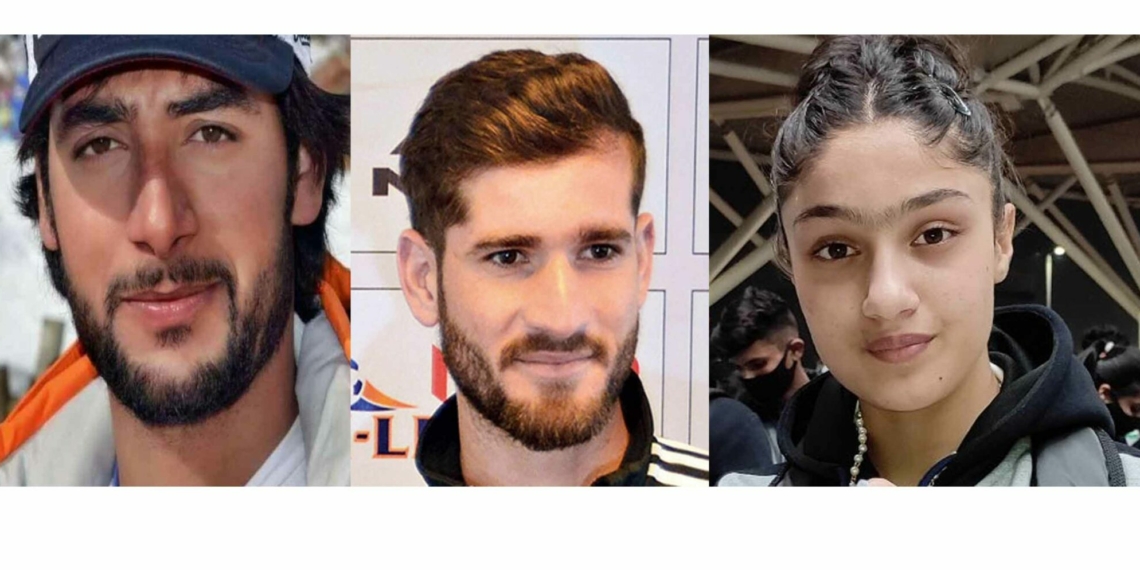 And while Kashmir valley’s ace footballer Danish Farooq too got a call up for the national team by the All India Football Federation (AIFF), authorities are hopeful that the good run for the Valley based athletes will continue.

Though Arif Khan did not win any medal, he made Jammu and Kashmir proud by being India’s sole representative at the Beijing Winter Olympics 2022. He secured the 45th position in the giant slalom event and now states that his best was yet to come.

“It was a gainful experience competing with the world’s best athletes at the Olympic Games and still my best is yet to come,” he said.

Khan is now looking forward to passing on the baton to the younger generation. He is especially pinning hopes on a young alpine skier Syed Zain whom he is training for the Youth Olympics 2021.

“Upcoming star alpine skier, @sy_edzain top skier in Junior ski team India at present, Will be training him for the youth Olympics 2024,” he said in a Facebook post.

Khan said he was especially thankful to the Youth Services and Sports (YSS) for promoting alpine skiing.

“I highly appreciate the long term efforts made by the department in developing the alpine ski sports among the youth of Jammu and Kashmir,” he said.

Sadia Tariq was in the news recently for participating and winning a gold medal for Team India in the Moscow Wushu Stars championship in the middle of the ongoing Russia-Ukraine war.

She said she had been practicing wushu for the past six years and was especially thankful to her coaches.

“I have been training vigorously for the last six years and I am thankful to my parents and coaches. My coaches supported me and put in a lot of hard work in training me,” she said.

Sadia wishes to see a national wushu academy coming up in Kashmir so that besides promoting the sport, it also boosts tourism.

“I am happy that I got a gold medal in Moscow where they have lots of facilities. I hope Kashmir gets a national academy and youngsters from all over come to learn and practice wushu here. This will also promote tourism,” she said.

Sadia Tariq will be enrolled in NCOE Bhopal for the preparation of the Youth Asian Games 2022 and the selection process will commence on14th and 15th March by the TIDC members of the Sports Authority of India.

Kashmir valley’s ace footballer Danish Farooq recently got a call up for a preparatory camp for the national team by the All India Football Federation (AIFF).

Danish was later named in the 38 member Indian National team camp for the upcoming friendly matches against Bahrain and Belarus. Danish, who is popularly known as ‘Kashmiri Ronaldo’, had shot to fame after playing for the Real Kashmir Football Club.

He had begun his career by playing for a local team Chinar Valley FC and later joined the J&K Bank Football Academy at the age of 13.

After winning 12 local leagues and tournaments with the Chinar Valley, he later joined Lonestar Kashmir in 2015. Later in 2016, he joined Real Kashmir where he was given the number 10 shirt. Danish was the joint highest goal-scorer for Real Kashmir in the 2017–18 season and that is when his popularity grew.

The Kashmiri footballer joined club Benglaru in June last year and Danish has always maintained that playing for the national side was his ultimate goal.

‘J&K will become a hub of sports’

Welcoming the achievements of Kashmir based sports persons this year, J&K Sports Council (JKSC) secretary Nuzhat Gul said the government will continue to provide best facilities to the sportspersons to hone their skills.

“We will make Jammu and Kashmir a hub of sports and we will continue to provide best facilities to the athletes. All possible help for the preparation of the coveted event shall be extended so that Sadia is able to give her best in the competition,” she said.

While congratulating Arif, she lauded the athlete for ‘adding another feather in the cap of J&K by being the lone qualifier for the games from the country and also being the first ever flag bearer for the games’.

She said the media, parents and society ‘as a whole should come forward in making J&K hub of sports’.