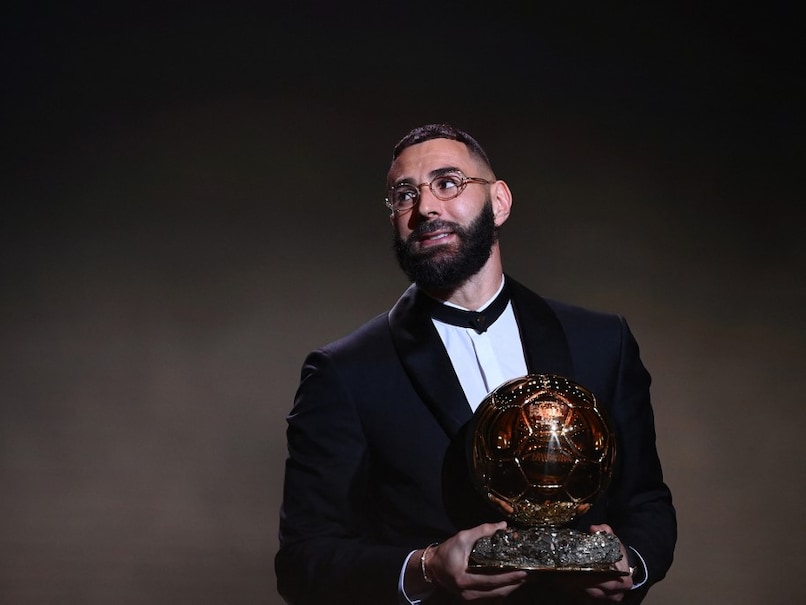 Leaving behind the sex tape controversy, French footballer Karim Banzema has won `Ballon d’Or’, one of the prestigious soccer awards.

Karim was rewarded for his remarkable success with Real Madrid at a star-studded ceremony in Paris. Spain’s Alexia Putellas retained the women’s prize

Fifteen of his goals came in the Champions League, including hat-tricks in knockout wins against Paris Saint-Germain and Chelsea and three more across both legs of a stunning semi-final defeat of Manchester City.

The 34-year-old, who also won the UEFA Nations League with France, succeeds Lionel Messi with the Argentine not nominated this year after claiming the prize for the seventh time in 2021.

“The Ballon d’Or might be individual but it’s still a collective award. This is the Ballon d’Or of the people,” Benzema declared.

“Winning this trophy was always something that was in the back of my mind,” he added.

Benzema pushed Sadio Mane into second place, although the Bayern Munich and Senegal star did have his off-field work recognized as he was given a new award named after former Brazil star Socrates.

Winning the award, organized by France Football magazine, caps a remarkable career revival for Karim Benzema, who was frozen out of the France team for five and a half years because of his involvement in a blackmail scandal over a sex tape involving teammate Mathieu Valbuena.

He returned to the national team for last year’s European Championship and will now go to the World Cup in Qatar with France next month.

“There were moments that were much more difficult for me, for example when I wasn’t with the national team, but I am really, really proud of my journey,” he added.

Benzema turns 35 on December 19, the day after the World Cup final, and is the oldest winner of the Ballon d’Or since the very first, Stanley Matthews in 1956.

The former Lyon striker is also the fifth Frenchman to win the prize, with Raymond Kopa, Michel Platini, and Jean-Pierre Papin all getting their hands on the trophy before Zidane.