Balakot message that infra across border can’t be used by militants as safe haven: Rajnath 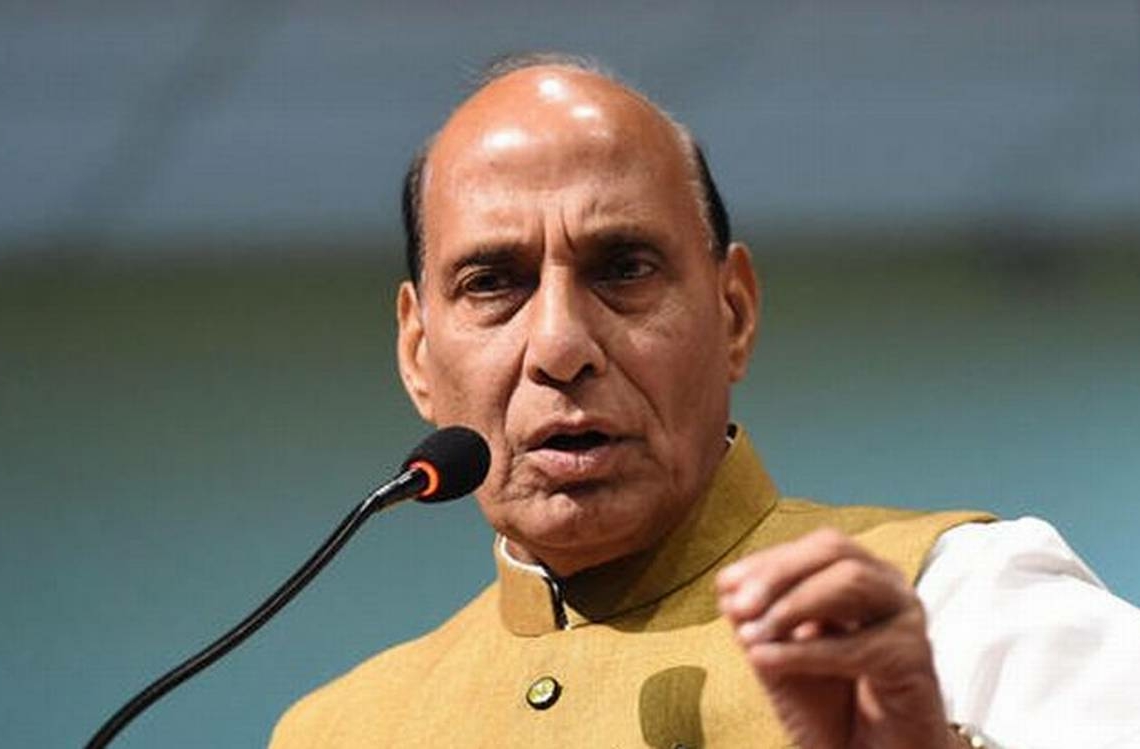 New Delhi, Feb 28:  Defence Minister Rajnath Singh on Friday said the Balakot air strikes had sent out the clear message that infrastructure across the border could not be used as safe havens for militants.

Addressing a seminar on ‘Air Power in No War, No Peace Scenario’, Singh hailed the 40 CRPF martyrs of the Pulwama attack and saluted the soldiers who carried out the Balakot air strikes.

“If we’ve to be prepared for the tasks assigned to us, then it’s important we maintain credible deterrence at land, air and sea at all times,” he said at the Centre for Air Power Studies here.

Rawat said the clear message from the Balakot strikes was that the kind of “proxy war” perpetrated on India “will not be tolerated”. IAF Chief R K S Bhadauria highlighted the need for new indigenous technology in warfare and urged DRDO to develop such weapons.

“The Balakot air strikes conveyed India’s clear message that infrastructure across the border won’t be a safe haven for militants,” the Defence minister said.

“For Pakistan, employment of terrorism against India is a low cost option. We have taught a lesson to Pakistan on this. Through Balakot, we have indicated that militant camps across Line of Control are no longer secure place for militants,” Singh added.

Singh said the security scenario had changed in the last few years and incidents of cross border terrorism are examples of the new warfare that has forced the rewriting of doctrines across the border.

“The security scenario has completely changed in the last few years. Kargil and incidents of cross border terrorism are examples of new kind of warfare. Hybrid warfare is the reality of present day. There is no clear beginning and end in this changing scenario of conflict,” he said.

Addressing the gathering, Rawat highlighted the significance of “credible deterrence” in warfare.

“If we’ve to be prepared for the tasks assigned to us then it’s important we maintain credible deterrence at land, air and sea at all times.

“We had an edge over Pakistan Air Force in terms of Beyond Visual Range Missile capability at the time of Kargil. We allowed that to slip and thereafter it took a decade and half in our struggle to acquisition process to be able to get better capability,” the Air Force chief said in his speech.

This would soon materialise with the induction of the Rafale, he said.

Hailing the government’s decision to carry out the Balakot strikes, Bhadauria said it was a “tough and bold decision to strike at the heart of terrorist training camps deep inside Pakistan across the Line of Control”.

“IAF successfully struck the target chosen. Pakistan Air Force responded 30 hours later with a large package of aircraft under Operation Swift Retort. IAF ensured they weren’t able to hit targets. They were in a hurry to disengage.They were doing it for their domestic audience,” he said.