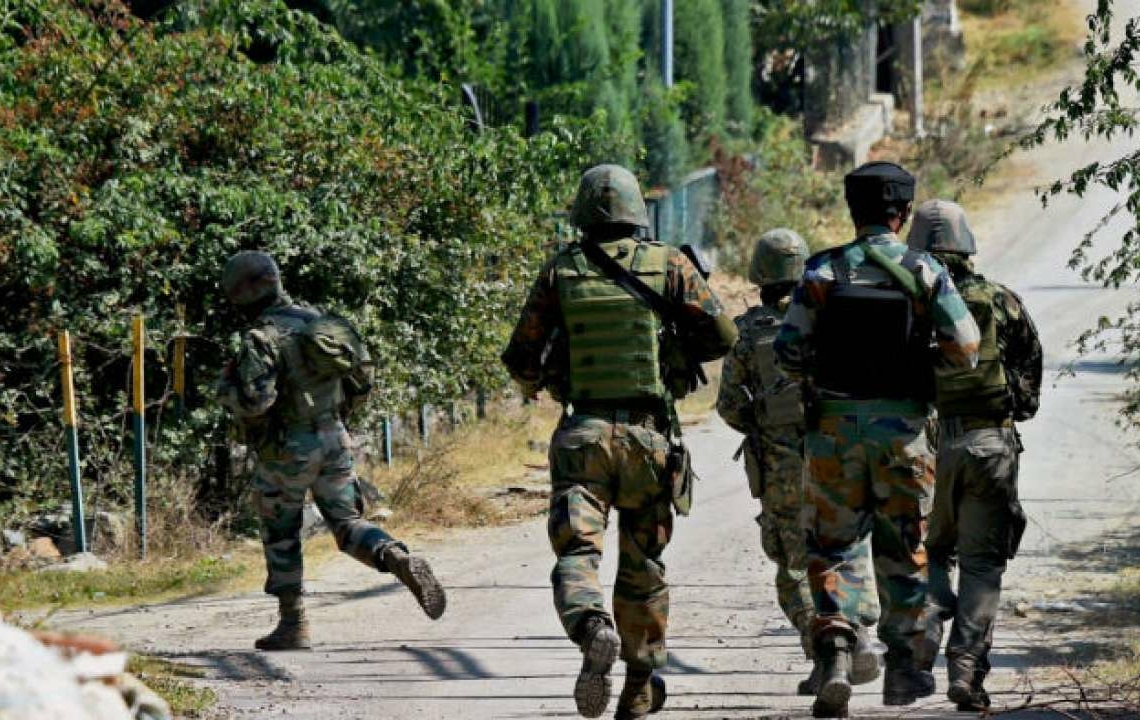 Srinagar:  An army commander managed to persuade a local militant to lay down arms in a live encounter in South Kashmir’s Shopian district on Friday.

Four militants including a top commander were killed in a fierce encounter at Kiloora village in the Shopian district. Police sources said following specific inputs about the presence of militants, a joint operation was launched by 44 Rashtriya Rifles, police and the CRPF.

When the forces were closing in on the target, they came under heavy fire. The fire was retaliated and four militants were killed in the orchard. Sources said the militants were passing through the orchards when they were encircled.

However, they fired on the troops and tried to flee. In the ensuing encounter, three militants were killed in the orchard. Two barged into the nearby house. When the security forces cordoned off the house, one of the militants jumped off and tried to flee. He too was engaged and later killed.

The fifth militant, however, was trapped in the house.

Sources said it was due to the efforts of the security forces that he was convinced to give up militancy and surrender. Later he handed over the weapon and surrendered before the forces.

The identity of the surrendered militant has not been revealed so far.

Sources said it was Commanding Officer of 44 RR Colonel AK Singh who went near the encounter site and persuaded the militant to surrender.

Defence spokesperson, Colonel Rajesh Kalia said: “Joint operation was launched today afternoon based on the inputs from Jammu and Kashmir Police. Four militants were eliminated and another surrendered. Two AK rifles and three pistols were recovered. The joint operation is in progress.”

Inspector-General of Police, Kashmir Zone, Vijay Kumar said that four militants of Al-Badr were killed including a top commander.  “Among the slain militants, district commander Shakoor Parray and Suhail Bhat were involved in the abduction and killing of Khonmoh Panch. One militant was captured alive,” he said.

It was General Officer Commanding 15 Corps Lieutenant General BS Raju, who as general officer commanding (GOC) of Victor Force had started surrender policy. He had appealed the parents of the militants to convince their wards to give up arms because violence leads to destruction.

“My appeal to you all is: Please don’t allow them to take the path of violence because this has not taken the whole process in the valley anywhere. It only leads to destruction, miseries to the families and miseries to the communities at large”, he had said on September 11, 2017.