Amit Shah on 3-day J&K visit from tomorrow: Here is why Pahari people are looking forward to it 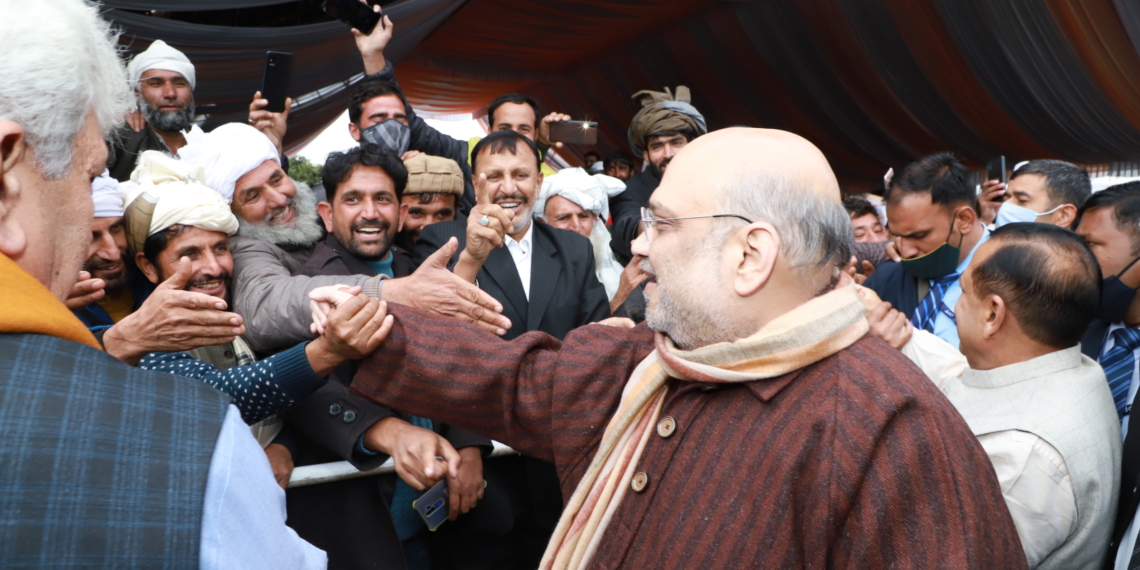 His schedule for October 4 and 5 includes paying obeisance at the Mata Vaishno Devi Shrine in Reasi district.

Shah will lay foundation of several developmental works and will also visit Rajouri, Srinagar and Baramulla districts where he will meet various delegations.

Tight security arrangements have been made at all the places being visited by the Home Minister, officials added.

“After paying obeisance at Mata Vaishno Devi shrine in the morning of October 4, he will fly to Rajouri where he will address a public rally,” officials said.

Shah is likely to announce Scheduled Tribe (ST) status for the Pahari community during his Rajouri visit. Pahari community has sizeable population in Rajouri, Poonch, Baramulla and Handwara districts of J&K.

A delegation of senior BJP leaders will call on him in Jammu, where the political situation in the UT and party affairs will be discussed.

On October 4, he will fly to Srinagar around 5 p.m.

On October 5, the Home Minister will address a public rally in Baramulla and lay foundation of several developmental works in the Valley.

In Srinagar, Shah will also chair a high level security review meeting along with the Lt Governor, Manoj Sinha in the afternoon.

The meeting will be attended by senior officials of civil administration, police, central armed police forces (CAPFs) and intelligence agencies of J&K and the Centre.

He will return to New Delhi in the evening on October 5.

Shah’s address to the public rallies in Rajouri and Baramulla is politically significant for the BJP. However, there is no possibility of assembly elections in J&K in 2022.

On its part, the BJP has already fulfilled two important commitments with the declaration of September 23 as a public holiday to commemorate the birth of Maharaja Hari Singh, the last Dogra King of J&K.

The BJP also, for the first time, nominated a Gujjar, Ghulam Ali Khatana to the Rajya Sabha thereby giving representation to the Gujjar/Bakarwal community in the Parliament.

The election commission is scheduled to publish the final electoral rolls of J&K on November 25.

This has to be followed by other time bound electoral processes like filing of nomination papers, their scrutiny, time for withdrawal of candidature and the poll campaign period.

Harsh winter sets in J&K by the middle of December which makes holding of elections impossible in the later part of the month.

The earlier J&K can have assembly elections is April-May 2023 and the democratic process is expected to be largely people participative after the abrogation of articles 370 and 35A.