Amid restrictions, Art 370 abrogation anniversary passes off quietly in Kashmir 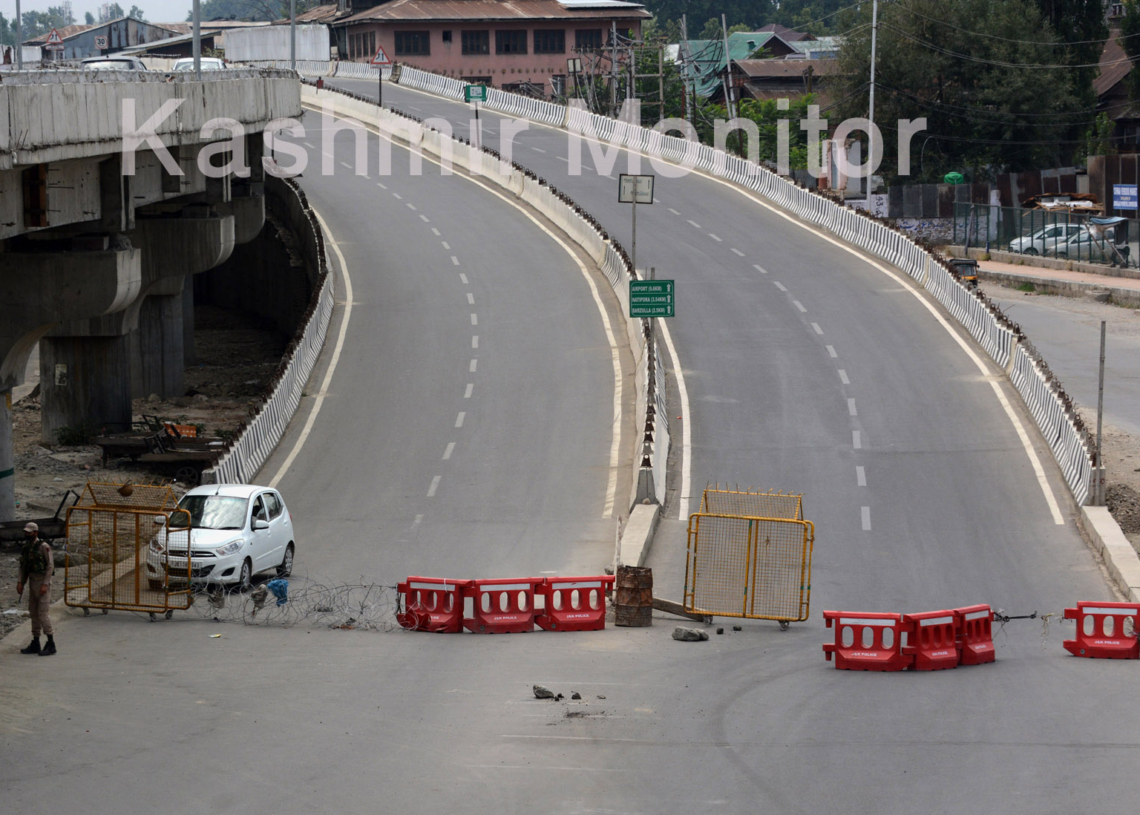 Srinagar: Empty streets, deserted markets, and boots on the ground marked the completion of one year of the Article 370 abrogation in Kashmir.

Though the government lifted the curfew on Tuesday evening, strict restrictions remained in force across Srinagar and other parts of the valley to thwart any protest demonstration.

Police claimed the restrictions were imposed in view of the call given by “Pakistan based separatists to observe Augusts 5 as Black Day”. “There is a ban on assembly of more than three persons and people are requested not to violate the law and stay indoors,” police said.

Major road axis was barricaded with razor wires to restrict the movement of people in downtown areas including Nowhatta, Rajouri Kadal, Nawa Kadal, and Safa Kadal. Barring few mini-trucks carrying essentials, no vehicle was allowed in the old city.

Armed forces were deployed in large numbers to prevent any assembly of people in the city centre of Lal Chowk.

A lower rung BJP leader raised the tricolour at Lal Chowk in south Kashmir’s Anantnag district to ‘celebrate’ the abrogation of Article 370.

A handful of BJP supporters also gathered at party headquarters to unfurl the tricolour to mark the occasion.  The party claimed that similar celebrations took place in all district headquarters of the union territory.

The roads leading to the offices and residences of mainstream politicians were also sealed to prevent protests.

However, a handful of PDP supporters gathered on Jhelum embankment in Lal Chowk to register their protest. Holding placards inscribed with “Black Day”, the PDP workers were protesting against the abrogation of Article 370.

Militants hurled a grenade at security forces in the Bon Bazar area in the Shopian district. Though no causality was reported, the forces launched a manhunt to nab the attackers.

A massive deployment of forces was effected in Pulwama, Kulgam, and Anantnag to prevent any untoward incident.

Forces were checking vehicles and frisking people in Kulgam where a Sarpanch was killed on Tuesday.

Strict restrictions continued for the second day in Baramulla, Kupwara, and Bandipora districts.  Restrictions were also imposed in Budgam and Ganderbal districts.

A large number of security forces were deployed to guard the Baramulla-Srinagar highway. Barricades were set up at different places to restrict the movement of the vehicles.