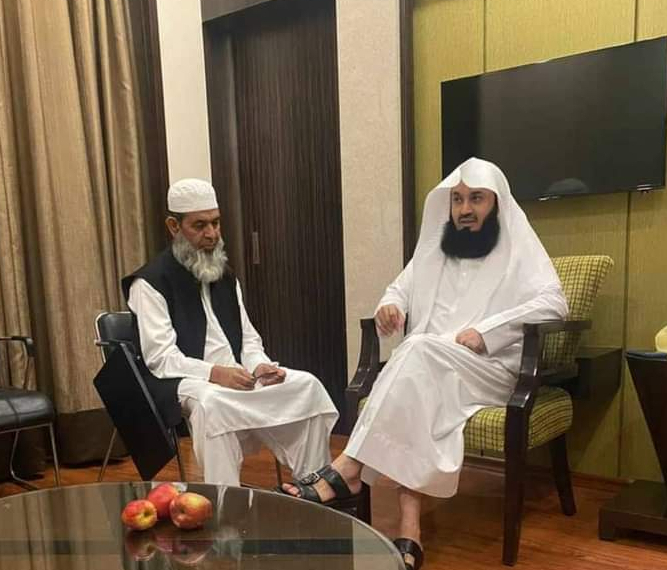 In a video Mufti Menk shared on his Instagram handle a few days ago, one can see someone pouring hot kehwah into a cup that already has some saffron and dry fruits in it.

“Nothing beats the Original Kashmiri Qahwah! No matter how long the journey, the first sip rejuvenates almost completely,” wrote Mufti Menk while sharing the video remembering his recent visit to Kashmir.

Though it is hard to tell where the video was shot, a user said it may be at hotel Vivanta where the Mufti was staying in Srinagar.

To which Mufti Menk replied: “Wrong.”

Mufti Menk’s visit had snowballed into a major social media debate so much so that his team had to issue a statement over it.

ALSO READ: Mufti Menk in Kashmir, to attend a wedding

Earlier this month, Mufti Menk had travelled to Kashmir to solemnize the ‘nikah’ of a former minister’s son.

A statement sent to The Kashmir Monitor purportedly by the office of Mufti Menk last Tuesday clarified that he had travelled to Kashmir at his own expense after he was “simply asked while in Dubai if he would come over to officiate a Nikah.”

The admin claims he is from Harare Zimbabwe and has used a googlemail account to send the statement to The Kashmir Monitor and a few other media houses of the valley.