All forces to work like a team for successful civic polls: DGP 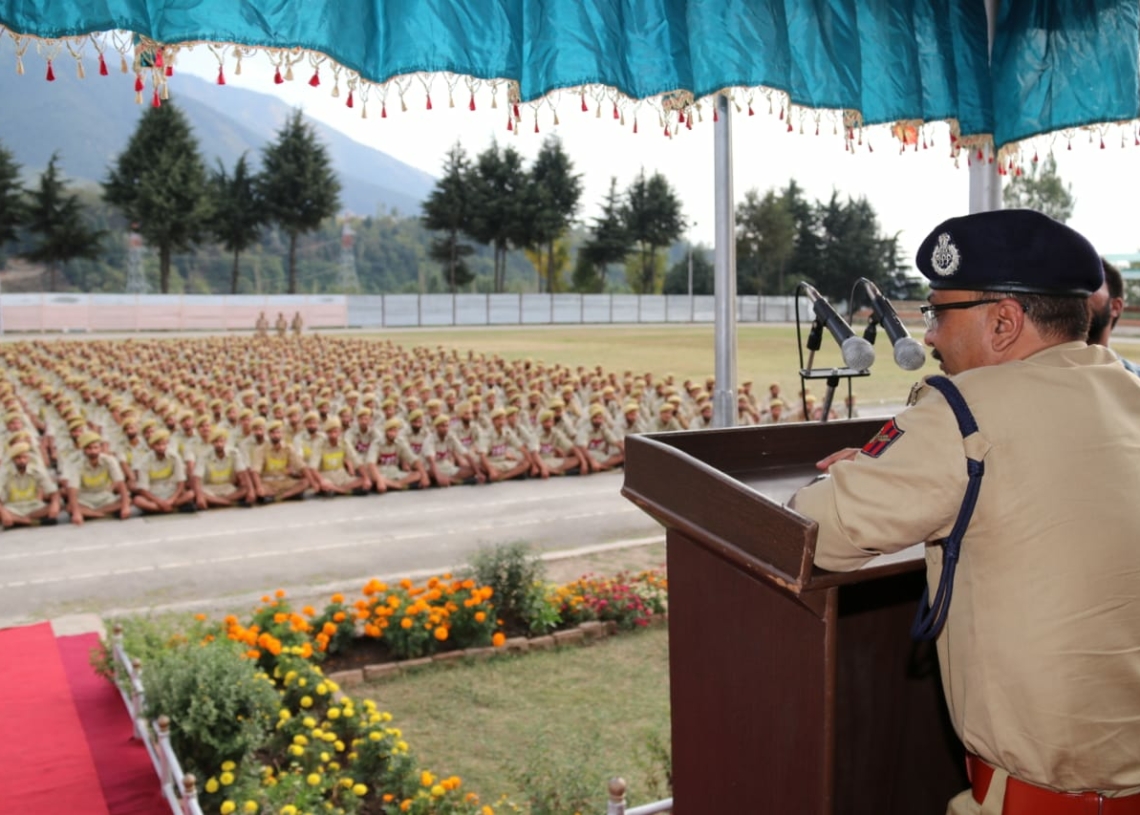 Srinagar, Sep 30: Director General of Police (DGP) Dilbag Singh directed the forces on ground to work as team for the Urban Local Body and Panchayat elections and succeed in this challenge as they have succeeded in the past.
Referring to the welfare of Police personnel the DGP said that he would continue to strive for providing better facilities to them. He said that officers have been directed to complete all the required formalities for promotions of all ranks in all wings.
Carrying on with his program of visiting the districts of the state the DGP J&K Dilbag Singh-IPS today visited Kulgam.
He was accompanied by ADGP Muneer Khan-IPS, IGP CRPF ops Zulfiquar Hasan IPS IGP Kashmir S.P. Pani-IPS, DIG SKR Anantnag Amit Kumar-IPS. The DGP was received by SSP Harmeet Singh Mehta (JKPS) and other officers of District Kulgam.
The DGP had an interaction with officers as well as personnel of JKP and CRPF in DPL Kulgam.
During the course of interaction with personnel he listened to their grievances and assured them timely disposal of their grievances.
In his motivational speech, DGP J&K highlighted the sacrifices laid down by JK police in the line of duty and the professionalism which is exhibited by JKP, CRPF and Army in controlling the situation.
Dilbag Singh impressed upon the officers as well as personnel to work with full professionalism, sincerity and in a dedicated manner for the welfare of the people, while taking due care of their security.
The address of DGP was well received by the jawans and officers.
Earlier the SSP Kulgam Harmeet Singh gave a brief description of the work of his district.