Air pollution levels drop by 20 percent in Kashmir, thanks to lockdown 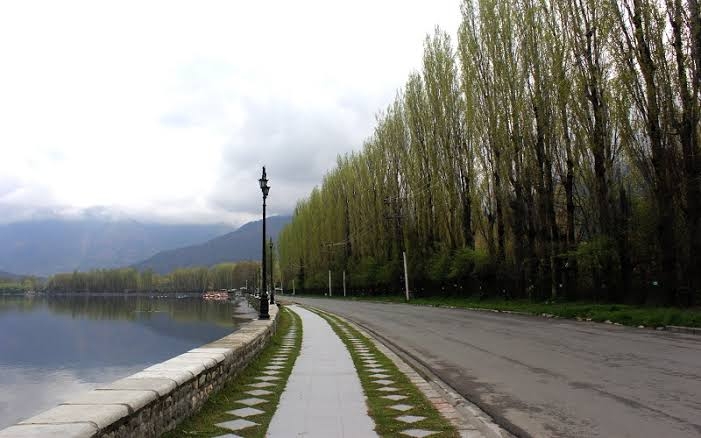 Srinagar: Lockdown seemed to have healed nature as air quality has shown a dramatic improvement in Kashmir for the last five months.

Data compiled by the Pollution Control Board (PCB), Kashmir, has revealed that air pollution levels have dropped by more than 20 percent in Kashmir since March.

Experts attribute the phenomenon to the thinning of traffic and closure of the pollution generating units in the valley.

Figures compiled by the PCB suggest that the air pollution recorded before the imposition of lockdown in February stood at 50ug/m3 which in June had dropped to 32ug/m3.

For instance, at Jahangir Chowk, the pollution levels have been recorded at 51.09 ug/m3 metric cube in February. It dropped to 38.38 ug/m3 in June.

The busiest areas in the uptown area including Hyderpora witnessed a drop of 18 ug/m3 in three months lockdown.    In February, PCB recorded pollution level at 48.78 ug/m3, which decreased to 30.66 ug/m3 in June.

An official of the PCB said that majority of the factories and traffic remained closed during the period, which improved the quality of air subsequently.

He said the air quality is much better in rural Kashmir particularly alpine area, where the footfall of people has been lesser this summer.

In April, the air quality had improved to the extent that Pir Panchal mountain range was clearly visible from the summer capital, Srinagar.

India, home to world’s most polluted cities including New Delhi, Mumbai, Kolkata, and Bangalore too has seen an improvement in the air quality with the enforcement of lockdown from March 25 to June 8.

As per the analysis carried out jointly by CarbonCopy and Respirer Living Sciences, the four cities achieved 95 percent of the National Clean Air Programme (NCAP) target set by the Centre.