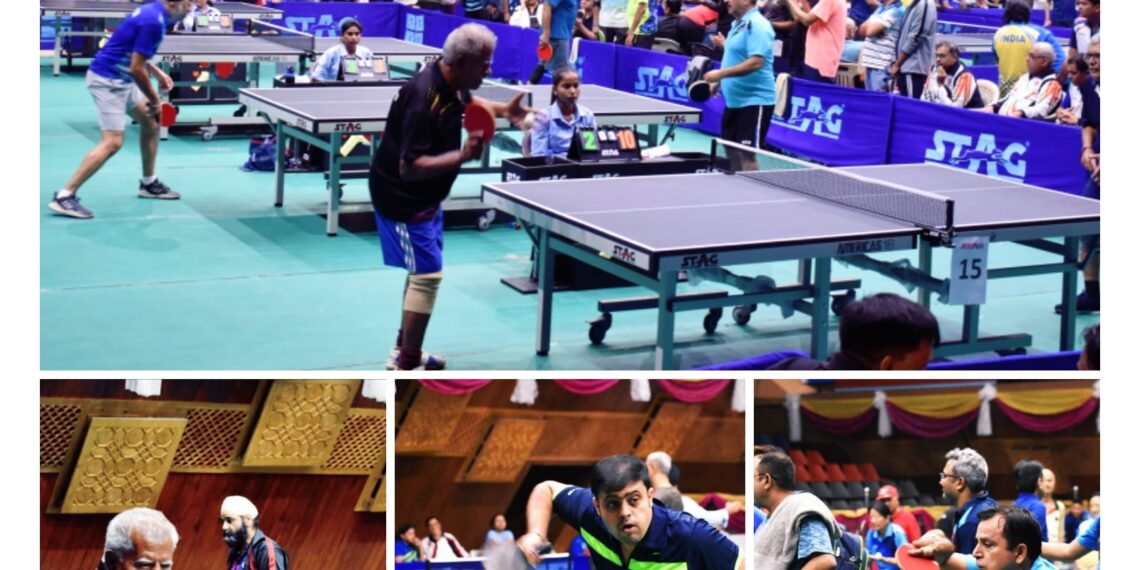 Srinagar: Table tennis player Yogendra from Mumbai used to actively participate in national tournaments as a youngster in the 1960s. Now, around six decades later, he still continues to play table tennis with the same passion.

The enthusiasm of Yogendra and around 1200 other participants at the ongoing 28th Masters Table Tennis Championship has charged up the Sher-i-Kashmir Indoor Sports Complex where the tournament is being held here these days.

And while Yogendra has set his eyes on the Oman 2023 World Veteran Championships, he said playing in Kashmir was a dream come true.

After seeing the enthusiasm of the master table tennis players, the J&K government is now hoping that they will inspire the young players of the union territory.

“The veterans who have come here have made a name for themselves and they will be a source of great inspiration for the young players here. In fact, we have provided 500 table tennis tables to the higher secondary schools and we are also training the young players. We are hopeful that we too will start producing good players in the future,” said Sarmad Hafeez, Commissioner Secretary of Youth Services and Sports.

“Eight players above 80 years of age and the oldest being 92 years of age is the defining moment of the championship as these participants have inspired the younger lot,” he added.

The veteran table tennis players are also active on social media with their updates regarding the tournament and their passion for the game is attracting a lot of eyeballs.

Secretary, J&K Sports Council, Nuzhat Gul said the government had adopted the policy of ‘inclusive sports’ that would encourage all to take part in sporting events.

“The Sports Council has adopted the policy of inclusive sports which aims to reach to all the athletes irrespective of their age, sex or whichever place they come from,” she said.

More than 2,500 matches are being played during the championship that was inaugurated by Lieutenant Governor Manoj Sinha on Tuesday.