After 86 years, Turkey’s Hagia Sofia to be a mosque again 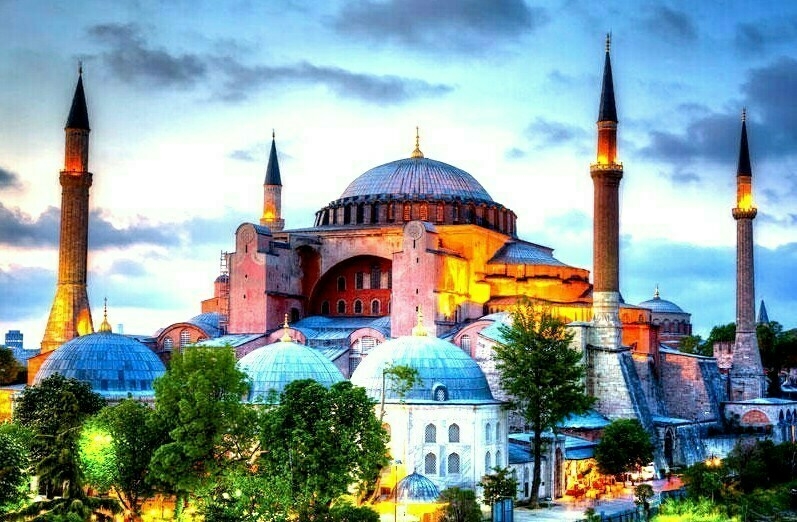 Turkey’s top administrative court has ruled the 1934 conversion of Hagia Sophia into a museum was illegal, paving the way for the monument to be reopened for prayers, TRT World reported on Friday.

Shortly after the ruling, Erdogan signed a decree opening Istanbul’s Hagia Sophia for prayers. He shared on his Twitter feed a copy of the decree he had signed which said the decision had been taken to hand control of the Ayasofya Mosque, as it is known in Turkish, to the country’s religious directorate and reopen it for worship.

The case had been brought by a Turkish NGO seeking an annulment of the decision to convert Hagia Sophia into a museum after being a mosque for nearly 500 years, a move backed by Turkey’s President Recep Tayyip Erdogan.

The Council of State ruled that since the Hagia Sophia is owned by the Fatih Sultan Mehmet Han Foundation, its status on the deed is listed as a mosque and cannot be changed. The council reasoned Ottoman Sultan Mehmet II, who conquered Istanbul, deemed the property to be used by the public as a mosque without any fees and was not within the jurisdiction of the Parliament or a ministry council.

The Council of Ministers’ decision to turn the mosque into a museum was made in 1934, in the early years of the modern secular Turkish state founded by Mustafa Kemal Ataturk.

The lawyer of the group seeking to convert the iconic edifice back into a mosque argued that the building was the personal property of Ottoman Sultan Mehmet II.

A state attorney, meanwhile, argued that the 1934 decision was legal.

He recommended the request be rejected, arguing that a decision on restoring the structure’s Islamic heritage was up to the government, the agency said.

Reopening Istanbul’s Hagia Sophia for prayers will not deprive it of its identity, as it will always belong to the world’s historical heritage, Ibrahim Kalin, Turkey’s presidential spokesperson, said this week.

Such a move will not hinder people visiting it, he said.

“All of our major mosques such as the Blue Mosque, Fatih and Suleymaniye Mosques, they are open to both visitors and worshippers,” Kalin said.

Kalin cited the examples of France’s iconic Notre Dame Cathedral and Sacre-Coeur Basilica, world-famous churches which are open to both tourists and worshippers.

“So a loss from the world’s heritage is not in question,” he added.

Erdogan last week said that accusations against the country about Hagia Sophia directly target its sovereignty, adding that Turkey will always protect the rights of Muslims and the minorities living in the country.