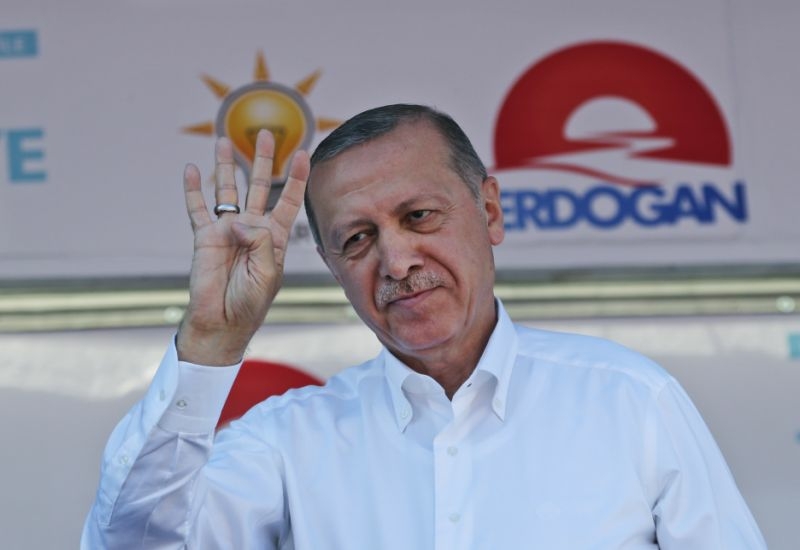 Turkey is mulling to suspend its diplomatic relations with the United Arab Emirates (UAE), or recall its ambassador, President Recep Tayyip Erdoğan said on Friday, in response to the UAE’s recent deal with Israel, a move that has triggered widespread condemnation from Muslims.

Erdoğan told reporters that the UAE’s controversial deal with Israel is problematic and that Turkey stands in solidarity with the Palestinian people.

“I have given the necessary instructions to my foreign minister. We may either suspend diplomatic ties or recall our ambassador because we stand with the Palestinian people. We have not let Palestine be defeated or let it be defeated,” Erdoğan said as per reports.

The president continued by saying that Saudi Arabia has also been taking wrong steps in the region, as he also criticized Egypt for cooperating with Israel and Greece.

Earlier on Friday, the Turkish Foreign Ministry condemned the UAE-Israel deal for betraying the “Palestinian cause.”

Israel and the UAE have agreed to normalize relations, U.S. President Donald Trump announced Thursday, in a deal which includes Israel’s pledge to “temporarily” postpone its annexation plan.

Israeli prime minister Benjamin Netanyahu on Thursday said he is “still committed” to annexing parts of the West Bank despite a normalization deal with the UAE.

The UAE will be the third Arab country to establish diplomatic relations with Israel following Egypt in 1979 and Jordan in 1994.

The Israel-UAE deal is not the only problem between Ankara and Abu Dhabi, as the latter has been displaying hostility against Turkey.

In July, Defense Minister Hulusi Akar criticized the UAE for committing “malicious acts” in Libya and Syria, as he vowed that Turkey would bring Abu Dhabi to account.

Turkish officials note that the UAE supports terrorist organizations hostile to Turkey and has become a useful political and military tool for other countries.